Home All News FinMin Asks Businesses To Register On e-Way Bill Platform Ahead Of Apr... 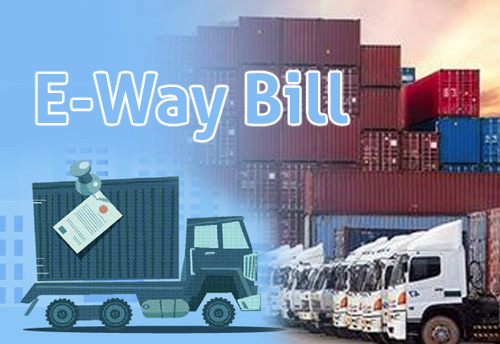 New Delhi, Mar 28 (PTI) With just three days left for the e-way bill roll out, the government has asked businesses and transporters to enrol on the dedicated platform as only around 11 lakh entities have registered so far, officials said today.
Businesses would be required to present the electronic way (e-way) bill to a GST inspector (if asked) for inter-state transportation of goods worth over Rs 50,000 through road, railways, airways and vessels.

Finance Secretary Hasmukh Adhia said the company handling the backbone of the new indirect tax regime, GST Network, is much better prepared to roll out the new system from April 1.”…But I’m not too sure whether traders, dealers and transporters are still ready. I would like to appeal to them to register themselves on the e-way bill portal …as early as possible; they should not then tell us that we didn’t inform them,” Adhia said.

GSTN CEO Prakash Kumar said, so far 11 lakh businesses and transporters have registered on the e-way bill platform and most of the registrations are likely to happen at the last minute.
This compares to 1.05 crore registered businesses under the GST and about 70 lakh filing returns.The e-way bill provision of the goods and services tax

(GST) was first introduced on February 1 but its implementation was put on hold after the system developed glitches in generating permits. With several states also starting to generate intra-state e-way bills on the portal, the system developed a snag.
The Finance Ministry had then asked GSTN to develop a fool-proof system before the re-launch of the e-way bill.

The GST Council, earlier this month, decided on a staggered rollout of the e-way bill starting with inter-state from April 1 and intra-state from April 15.The e-way bill is being touted as an anti-evasion measure and would help boost tax collections by clamping down on trade that currently happens on cash basis.Speaking at the Foundation Day of GSTN, Adhia said e-way bill for intra-state movement of goods would be launched after 2 weeks of inter-state roll out.

“We will announce the schedule at least 3 days in advance, but not immediately because we want to observe how the e-way bill portal functions for inter-state movement of goods. After that we will try to bring it for intra-state (movement of goods),” Adhia said.
GSTN Chairman Ajay Bhushan Pandey said that the e-way bill system has been designed and developed by National Informatics Centre (NIC); and he is confident that the system would be able to cater to the load.

After the February 1 snag, the e-way system was upgraded to handle 75 lakh inter-state e-way bills daily.
“Whenever you roll out such a system, there could be some issues in the initial phases. So based on our experience, this time around extensive testing has been done. Assurance has been given by NIC that this time the system should work,” Pandey said.