Home All News A Bitter Turn For Sugar 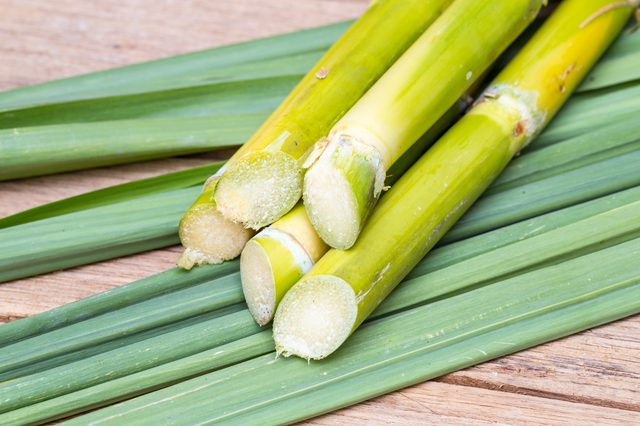 Surendra Singh, 40, a farmer with 15 bighas of land (four bighas comprise roughly an acre) in Malakpur village of Baghpat district in western Uttar Pradesh, is distraught. He uses most of his land to grow sugarcane, producing 600 quintals a year, and earning close to Rs 2 lakh a year. However, so far this year, he has got only half the payment from the Malakpur Sugar Mill, to whom he supplies his produce. Excess sugar production has depressed sugar prices, hitting sugar mill revenues. Singh, a father of two schoolgoing children, has used most of the money to repay his debt, leaving him little for his household. “Schools will reopen on July 2, and I am left with no money to pay my children’s fees,” he laments. He has taken up the issue with the deputy sugarcane commissioner in the region, who has promised strict action if Singhs dues aren’t cleared in two weeks. That is hardly a consolation, as Singh knows only too well that the sugar mills hold immense clout among local authorities and he may have a long wait for his payment.

And it’s not just one farmer in one state. Across the country, sugar mills have withheld a total of as much as Rs 22,000 crore in payments due to farmers. India is the second largest sugarcane cultivator in the world, next to Brazil, with 50 lakh hectares under sugarcane cultivation (one hectare equals 2.5 acres). With a 9 per cent increase in land under sugarcane cultivation in 2017 compared to the previous year and improved productivity, sugar production rose 48 per cent in 2017-18 (sugar season is from October to September, and the crop needs hot and humid weather, with 75-150 cm rainfall). Around 530 sugar mills in India have produced 32 million tonnes (mt) of sugar, while the domestic demand is just 25 mt. That leaves the country with a surplus of 7 mt of sugar, pulling down sugar prices. Prices of sugar have fallen sharply from Rs 37 per kilogram on an average in 2017 to Rs 26 in June 2018. With low prices hitting sugar mills revenues, they say they are in no position to pay off farmers arrears anytime soon. Low prices and farmers woes pose a major headache for central and state governments – the crisis was the subject of heated debate in the byelections to a few Lok Sabha and state assembly seats held in May. In a much-discussed election debacle, the ruling BJP lost the parliamentary seat of Kairana in western UPs sugarcane belt to the Rashtriya Lok Dal by a margin of over 44,000 votes.

Over 4 million rural households are engaged in farming sugarcane in UP, which produced 12 mt of sugar this year – more than any other state. Sugarcane prices are fixed by state governments (state advisory prices or SAP). The UP government increased prices for the 2017-18 crushing season by Rs 10 per quintal for different kinds: Rs 315 per quintal for the common variety, Rs 325 and Rs 310 per quintal, respectively, for the early maturing and unsuitable cane variety. Farmers were also promised they would be paid by sugar mills in a single instalment, and within 14 days of the sale of the sugarcane. But this was not to be. Explaining this, Giriraj Kumar, manager of Mawana Sugar Mill in Meerut, says, “When the government fixed SAP, sugar price in the market was more than Rs 3,200 a quintal (Rs 32 a kg) but in May this year, it dropped to Rs 2,600. This is the main reason for the delay in payment to farmers.” Sugarcane production in UP this year is 170 mt, an all-time record. According to the UP cane development and sugar industry department, 119 sugar mills, both government and private, are engaged in crushing in the 2017-18 season. Of these, 43 have crushed one crore quintals of sugarcane each. Up to June 5, sugar mills in UP owed farmers as much as Rs 12,585 crore.

Not all farmers get to sell their produce through coop­erative societies, which send cane to the different mills. They then have to sell in the open market, where they get a much lower price. “Farmers spend Rs 220 on average to produce a quintal of sugarcane,” says Harnam Singh Verma, president of the Bharatiya Kisan Union, Awadh region. In the open market, they get only Rs 240 per quintal, Rs 85 lower than what the mills pay them. Satyapal Singh, BJP MP from Baghpat and Union minis­ter of state for human resource development, blames the previous state government. “Some sugar mill owners operate like a gang of the previous government. But our government is trying its best to clear all dues of the farmers by June-end,” he says. On June 29, Prime Minister Narendra Modi met sugarcane farmers from five states and assured them of a stable mechanism to ensure timely payment.

In Maharashtra, the second-largest sugar producer with a record 10.7 mt of sugar production this season, the falling prices have led to a political uproar. Low sugar prices can become an election issue in at least 138 assembly constituencies in the regions of western Maharashtra, Marathwada and Vidarbha as the state goes to polls in September 2019. After the slump in sugar prices, only 57 out of 118 mills have paid their entire dues to farmers.

“Mill owners say they are in no posi­tion to pay farmers as they are getting prices far lower than the cost of sugar production. According to Abinash Verma, director general of the Indian Sugar Mills Association (ISMA), mills incur Rs 35 a kilo as cost of production. Mills should get Rs 35 at the farm gate (to be viable), over and above the transport charges. Against this, prices have fallen to almost Rs 25 a month back,” says Verma. “If we were able to sell the product in the market (at higher prices), we’d have been able to pay farmers.” In 2017-18, shares of sugar companies, including market leader Bajaj Hindusthan, Simbhaoli Sugar, Mawana Sugars and Dwarikesh Sugar, collectively fell by over 75 per cent due to the depressed sugar prices.

Sensing the disquiet in the industry, the Centre annou­n­ced a Rs 7,000 crore package for the sector in June, which included measures to address the funds crunch of sugar mills and help them repay farmers’ arrears. For instance, the minimum domestic selling price of white or refined sugar has been fixed at the mill gate at Rs 29 per kg initi­ally, open to future revisions. A buffer stock of 3 mt a year will be created at an expenditure of Rs 1,175 crore, which would help absorb part of the sugar surplus. Distillery capacity would be augmented through upgradation and new facilities, where the government will bear a maximum interest subsidy of Rs 1,332 crore over five years on bank loans of Rs 4,440 crore. The loans are to be sanctioned over three years based on a Department of Food and Public Distribution scheme.

Some experts have picked holes in the government’s package, saying that despite the promised funds, the actual benefits will be modest. “If the government is including a loan of Rs 4,500 crore, which I have to take and return to the banks, it cannot be a financial incentive or assistance,” says an expert, not wanting to be named. Moreover, subsidy on the interest burden will be a mere Rs 650 crore, taking the actual package to around Rs 3,500 crore. “There is a misunderstanding among the farmers. They say, you are getting a package of Rs 8,000 crore, but you are not passing it on to us,” says a mill owner.

Former Union agriculture minister and Nationalist Congress Party leader Sharad Pawar has also joined the debate. “The bailout package initially published to be Rs 8,500 crore and subsequently mentioned as Rs 7,000 crore…has created ambiguity,” he wrote in a letter to Prime Minister Narendra Modi in June. “If one goes by the net financial outgo on each of the decisions, the scheme for assistance to sugar mills by way of incentive on sugarcane is Rs 1,540 crore, creation of buffer stock of 30 lakh tonnes is Rs 1,175 crore and interest subvention on augmenting ethanol capacity is Rs 1,332 crore – making the total Rs 4,047 crore.” Mill owners argue this is inadequate. They also have no assurance of immediate relief. “The earliest we can get relief is in October 2018 to July 2019,” says Verma.

To add to the distress, global sugar prices are depressed, with exporters getting as little as Rs 19 a kg. With a big sugar surplus expected next year too, the industry is staring at more pain, which could last for at least 18 months. Moreover, the government has reintroduced the monthly sales quota system that had been given up in April 2013, which puts a cap on the quantity of sugar that can be sold in the market. “What is left for sugar producers to innovate, invest or become efficient? Consumers now will have no choice in terms of quality of sugar,” Verma adds, cautioning that with a dearth of working capital, a number of sugar mills may not be in a position to start operations in the next season.

A Crisil report says that the bailout package, though well-intended, does nothing to address the structural issues that plague the industry, the most acute being non-linkage of sugarcane prices to end-product realisations. Creating a buffer stock and fixing a minimum ex-factory price for sugar will help improve the cash flows of corporate mills to the extent of Rs 3,500-4,000 crore or Rs 9,100 crore for the industry over the next one year, which would only account for around 40 per cent of the current cane arrears, it adds. ‘Worryingly, with the supply surplus situation anticipated to continue in 2019, a further build-up in arrears cannot be ruled out,’ the report warns. Moreover, the offer of financial support to mills for setting up distillery capacity is unlikely to find many takers, given the financial situation of the industry.

Mill owners say the solution for the current predicament is finding an export market for sugar, using channels such as the state trading corporations. Exports of sugar this year, chiefly to West Asia, East African countries and Sri Lanka, have been not more than 1 lakh tonnes. “Our money is stuck in inventory and we cannot export since we are uncompetitive in the global market,” says Verma. This is because mill owners have to pay a high price for procuring sugarcane in India (around Rs 3,000 a tonne, compared to Rs 1,700 in Brazil). “In Brazil, cane prices are in tandem with the revenue realised from sugar, unlike in India, where the government fixes it. That’s why we’ve been telling the government to get out of the business of fixing sugarcane prices,” says Verma. Even if the government wanted to fix the minimum selling price of sugar, they should have fixed it at the level of the mills cost of production, not at a price the governments discovered. “Even the Rangarajan committee recommended Rs 35.28 and that has been mentioned by the food ministry in their cabinet note.” Harshwardhan Patil, chairman of the Indapur Cooperative Sugar Mill near Pune and a Congress leader, says the Centre’s policy of allowing only 20 per cent of sugar to be exported but allowing imports would impose a loss of Rs 30,000 crore on domestic sugarcane producers. “The loss in Maharashtra itself would be around Rs 3,000 crore,” he says. But state cooperatives minister Subhash Deshmukh insists the crisis is temporary.

Clearly, there are no short-term solutions for the industry, since India has become a surplus sugar producer. Hiking sugar prices artificially will not cure the disease, only manage the symptoms. A coordinated Centre-states effort to boost exports and help the industry be more competitive in the global market can help the sector beat its present predicament.