Home All News A GST Boost For Alternative Fuels 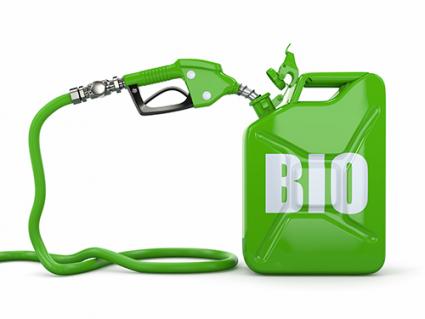 The GST rate on ethanol targeted for blending with petrol has also been lowered from 18 per cent to 5 per cent, the tax on bio fuel pellets has been fixed at five per cent.

On the move to lower tax on batteries, Debi Prasad Dash, Director at the India Energy Storage Alliance, told BusinessLine, “Both electric vehicle and renewable energy industry will be benefited by this step. But a further reduction of GST to 5 per cent (similar to solar components) or to 12 per cent (similar to electric vehicle) is essential to boost the energy storage adoption in India.”

Dash said the market for energy storage would grow to over 300 GWh during 2018-2025. “India is expected to attract investment in 3-5 Giga factories for advanced Li-ion batteries, attracting over $3 billion in investments in next 3 years. Already, over 1 GWh of annual assembling capacity is being set up for converting imported Li-ion cells into battery modules by various Indian companies,” he added. Another shot in the arm for the alternative fuel industry is lowering of tax on fuel cell vehicles from 28 per cent to 12 per cent. An industry watcher said, “India’s first commercial fuel cell run bus was launched earlier this year. It was developed by Tata Motors in partnership with the Indian Space Research Organisation and is expected to be deployed in the proposed Smart Cities.”

Oil companies too have something to cheer about. Director-General at the Indian Sugar Mills Association, Abhinash Verma, said, “In the pre-GST regime, the Central Excise Duty on ethanol was close to 12 per cent. But despite being a cleaner alternative, initially the GST rate for ethanol was fixed at 18 per cent. The move to lower the rate to 5 per cent for ethanol for blending will give oil marketing companies an additional leg room of ₹5 per litre they procure.”

“During the present sugar season, the oil companies procured 160 crore litre of ethanol. We expect them to procure nearly 25 per cent more or nearly 200 crore litres of ethanol in the next season. The lower GST rate means the oil companies will have another ₹1,000 crore which they can pass through to the sugar mills by hiking the price of procurement and we have made representations for the same,” Verma added.