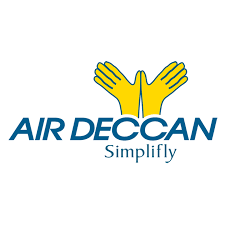 Scheduled commuter air operator Air Deccan today said it has restarted its flight services in Maharashtra.
The airline had suspended its services in the state a month ago due to shortage of pilots and aircraft issues.
Significantly, the airline had started services under the government’s regional connectivity scheme UDAN only last December after getting an SCO flying permit from the Directorate General of Civil Aviation ( DGCA).

It will be connecting Nashik with Pune, Mumbai,Jalgaon and Kohlapur with six times a week services to destination, the airline said.
“We are happy to announce the relaunch of our new routes in Maharashtra connecting Mumbai with Pune, Nashik,Jalgaon and Kohlapur.
The UDAN scheme is an excellent scheme initiated by Prime Minister Narendra Modi to make flying more affordable for the common man,” Air Deccan Managing Director Shaishav Shah said in a statement.

Air Deccan which resumed operations after a gap of almost five years in 2017, had bagged 34 routes to operate in the the first round of the bidding. “In this context commencement of regional connectivity scheme in towns of Maharashtra will continue to demonstrate Air Deccan’s growth,” it added.