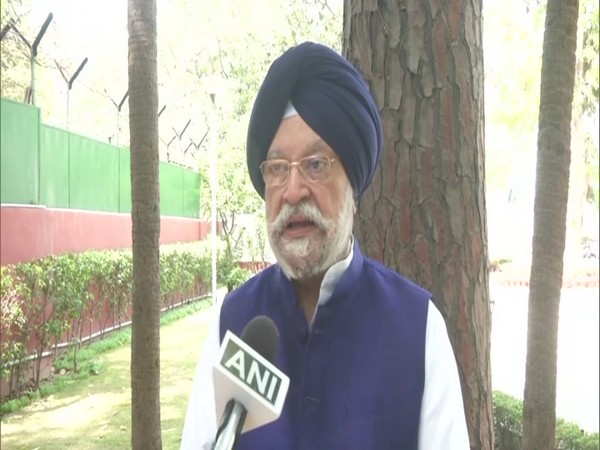 New Delhi [India], March 27 (ANI): Union Civil Aviation Minister Hardeep Singh Puri on Saturday stated that the privatisation of Air India is likely to be completed by the end of May-June.

“At a meeting on Monday, it was decided that the government will close the financial bids within 64 days,” Puri told ANI, adding that there were multiple bidders and some have been shortlisted.
Other Public sector undertakings (PSUs) like Pawan Hans disinvestment is also under process, the minister added.

“The airline still is in debt of Rupees 60 thousand crores and it is liable to be sold,” Puri further said.

The minister also said that the second wave of COVID-19 has delayed airlines being allowed to operate 100 per cent that was planned to happen from the start of the summer schedule this month-end. But for now, there are no questions to curtail the domestic operations, he added.

He further said that flights are the safest mode to travel, adding that the authorities have taken cognisance for defaulters who are not following COVID-19 protocol on board.

Talking on the expansion of the terminal building of the Gorakhpur Airport, Puri said the civil aviation ministry is making profits from the tier 2-3 airports in the country and Gorakhpur is one of them.