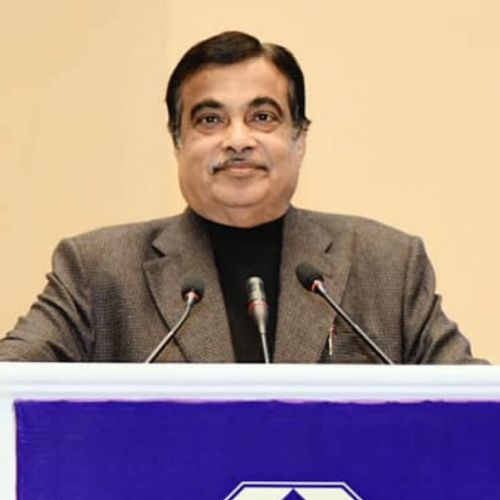 Mumbai (Maharashtra), April 27 (ANI/NewsVoir): While thanking Union Minister Nitin Gadkari for his initiative and directives to resume transport services amid the COVID-19 crisis, All India Transporters’ Welfare Association (AITWA) intends to draw an immediate attention of the ministry to the issues which are blocking the smooth resumption of transport of goods across the country.

In response to the circular issued by MHA on April 15, 2020, AITWA has explained through its letter to the ministry the gap existing between the intent with regards to directives for the logistics industry and its implementation at ground level. “In spite of the directive by Union Government, warehouses were not being allowed to operate, ground staff were not allowed to move to their place of work, truck drivers were stuck at their villages for want of any public transport availability. The worst part was that there was no SOP in place for the industry for getting permissions. What’s more, every state has been dealing the situation differently,” said Pradeep Singal, Chairman of All India Transporters’ Welfare Association (AITWA), while elaborating some of those prime gaps.

“NHAI had stopped Toll Collection till April 20, 2020; but now it restarted the same even though the truck mobilization is very limited. This needs to be reconsidered by the Government,” added Abhishek Gupta – Joint Secretary, AITWA, adding another vital point.

AITWA is a responsible Association totally committed to the welfare of transporters, drivers and stakeholders, of this trade but at the same committed to the national interest. It has been amply visible that during the lockdown AITWA is the only Association at National level that has undertaken various welfare and relief work such as:

1. To organize food for stranded truck drivers all over India; serving daily between 60,000 to 90,000 drivers with food packages with the help of its members, associates, and corporates across India.

3. To initiate the online education about dos and don’ts through smart phones to all drivers and to equip them with masks, hand gloves and hand sanitizers

4. To work as per directive of Special Logistics Secretary, Ministry of Commerce, to clear off air cargo terminals, JNPT port and various CFS by organizing vehicles against all odds. As first responders we visited JNPT & Railway sidings on instructions of Ministry for providing EXIM movement support.

5. By taking initiatives like creating a free platform of Freight Exchange.

6. By creating an e-pass solution and offering the same free to Government of India and state Governments.

7. By organizing inspirational Webinars with world-class speakers like Shiv Khera and others.

8. Issuing useful advisory to the industry and its customers from time to time.

“The letter to Mr. Gadkari primarily mentioned about the huge amount of hardship and harassment to transporters at ground level without any productive outcome; as we as transporters’ body fear the supply chain could never become live in present state of affairs. The worst part was that our Association has been getting hundreds of phone calls from its members asking for help and direction on the issue of difficulty in operation due to unclear directions to ground level authorities,” said Mahendra Arya – President, AITWA, while stating about the content of the recent letter submitted to Union Minister Nitin Gadkari.

“In this regards it was mentioned in the letter that if the situation of confusion and chaos continues like this, the transporters may not be able to operate in spite of their desire to be operative. In fact the association has given various suggestions to the ministers; some of the suggestions given to ministry are as follows,” added Arya.

1. Define roles and authorities at ground level; so that the directive of MHA circular could be adhered to. Streamline issue of passes by using some online system like e-pass in consultation with State/UT Governments. AITWA cited its experience about e-pass issued to drivers as a supporting document to their valid pass – their driving license

2. Drivers to be allowed to travel interstate to reach vehicles, how else will the availability of trucks improve?

3. Do not scare transporters who are trying to keep supply chain live for essential goods. Encourage them. Insurance cover to this industry workers

4. Advice all users of logistics services to rely on e-documents and avoid papers’ handling at all levels of supply chain, otherwise payments will be blocked & lead to cash flow issues.

5. Let toll collection be stopped until a semi normal level of truck movement is restored.

AITWA hereby informs all concerned that it will work in-line with Government directives; with a request that the same should be implemented at ground level by taking states/UTs on board.

An association like AITWA does not believe in stopping the work at any time, it believes in working together to find solutions to the problem in the national interest.

This story is provided by NewsVoir.