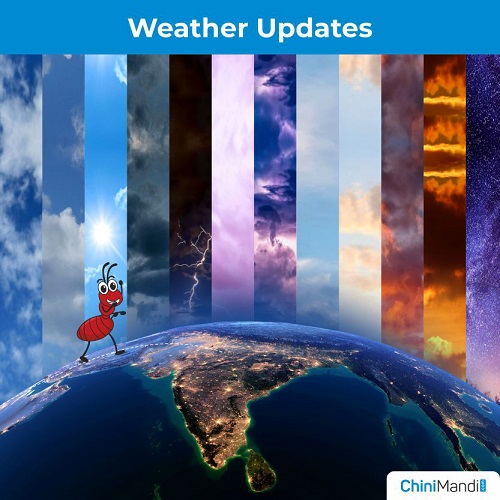 According to the latest reports by India Meteorological Department, the significant weather features are as below :

♦ A Well Marked Low Pressure Area lies over Northeast Arabian Sea and adjoining coastal areas of Saurashtra & Kutch. The associated cyclonic circulation extends upto upper tropospheric levels. It is likely to move gradually westwards and concentrate into a Depression during next 24 hours.

♦ The monsoon trough is active and south of its normal position. It is likely to shift gradually northwards from 17th July, 2022.
♦ An off-shore trough at mean sea level runs from Gujarat Coast to Maharashtra.

ODOP items to be available at petrol pumps in Uttar Pradesh