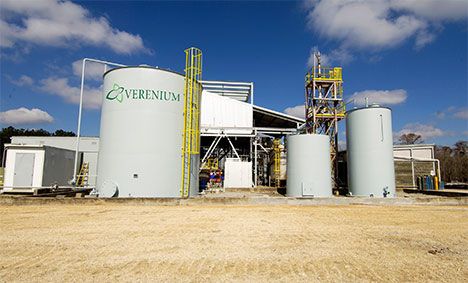 For controlling air pollution by reducing harmful emissions from vehicles, the AP government has been implementing ethanol blending programme (EBP) under which oil marketing companies (OMCs) are mandated to sell petrol with up to 10 per cent ethanol.

Since its inception, the scope of EBP programme has been widened to 21 states, including Andhra Pradesh and four Union Territories.

It is estimated that a 5 per cent blending (105 crore litres) can result in the repl-acement of around 1.8 million barrels of crude oil. Renewable ethanol content, wh-ich is a by-product of the sugar industry, is expected to result in a net reduction in the emission of carbon dioxide, carbon monoxide and hydrocarbons (HC).

Ethanol burns in a cleaner manner and more completely than the petrol it is blended with. In India, ethanol is mainly derived from sugarcane molasses which is a by-product obtained while converting sugarcane juice to sugar.

According to an annual report of the ministry of petroleum and natural gas (MoPNG), in the past, ethanol supplies were enough to meet only 30 per cent of the blending requirement of oil marketing companies. In order to give a stimulus to this programme, the government in December 2014 took a series of steps in a planned manner.

A Steering Committee and a Working Group on Biofuels was set up in MoPNG. Also, for better coordination with the states, sugar mills and other stakeholders, the MoPNG appointed nodal officers from OMCs.

“In order to improve the availability of ethanol, the government introduced adm-inistered price mechanism in December 2014. In November 2017, the government further revised the ex-mill price of ethanol for ethanol supply in fiscal year 2017-18 at Rs 40.85/per litre. Additionally, GST and transportation charges are being paid by the OMCs,” Union minister for Petroleum and Natural Gas Dharmendra Pradhan told the Lok Sabha recently.

Public Sector Oil Marketing Companies are working in the direction of establishing 12 biorefineries across 11 states with an objective to boost the production of ethanol in the country, in order to meet the enhanced blending target. Foundation stone of first bio-refinery at Bhatinda, Punjab, was laid on December 25, 2016.

OMCs to Produce Ethanol from Lignocellulose

Though the supply got red-uced to 66.5 crore litres in 2016-17 due to lesser availability of cane, molasses etc. due to the drought in Maharashtra and Karnataka, the allocated quantity in eth-anol supply year 2017-18 has increased to 139.5 crore litres.

The increasing demand of ethanol for blending in petrol has necessitated steps beyond the traditional molasses route. After the government’s decision to open alte-rnative route for ethanol production, Oil Manufacturing Companies (OMCs) have been asked to establish a project each of reasonable scale for producing ethanol from multi-feedstock lignocellulose, using indigenous technology. These pilot projects are to cover different varieties of lignocellulose feedstock available in large quantities in different areas of the country.