Home All News Another Dose Of Incentives For Sugar Mills Likely On Cards: MSP Hike... 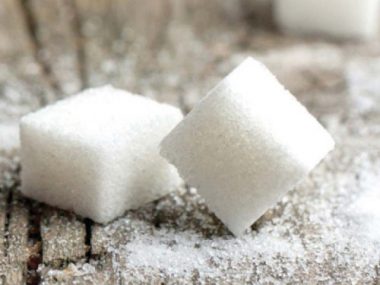 Following last week’s incentive package under which the price of ethanol was increased, another dose of incentives for over supplied sugar mills are on the cards.

The package being actively considered includes raising minimum selling prices (MSP) of sugar manufactured by mills to Rs 34 and loan restructuring or similar incentives for cooperative sector sugar mills. Mills have been asking for raising MSP to Rs 37 and earlier, the government of Uttar Pradesh, the largest sugar producing state had recommended price of Rs 34. However, the government seems to have settled for Rs 34-35 as MSP. These measures will foster an increase in the open market price of sugar in both, the wholesale and retail segments, but the idea is to support the sugar industry, which is dealing with successive years of excess production. The move is apparently designed to help the mills clear farmers’ cane dues.

The government had already announced a package for sugar mills in early June with the creation of 3 million tonnes of buffer stock of sugar for a year, introducing an MSP of Rs 29 per kg below which mills could not sell and stock limits similar to the release mechanism prevailing five years ago.

Last week’s package has seen the share prices of sugar companies skyrocket. In just one week, sugar mills share price composite index prepared by Business standard research bureau has increased 27.5 per cent compared to a 0.35 per cent decline in Sensex. Share prices of top 10 sugar companies in market capitalisation have increased around 40 per cent in a week. The increase in MSP, essentially a direct hike in the factory price of sugar from the mills, will bring it quite close to their cost of production.

Increase in MSP is also expected to indirectly facilitate quicker export of surplus sugar. Officials said a formal decision regarding the proposals could be considered soon.

If approved, the new MSP of sugar would be around Rs 33-34 a kilogram, and the present market price is prevailing closer to this level.

However, how much a higher base could impact the retail sale price and whether the government bites the bullet ahead of the big festival season when consumption of sugar rises, remains to be seen. Even if retail prices go up as a result of a rise in MSP, they will be lower than the prices prevailing a year ago.

Industry players have been demanding that Centre immediately raise the MSP of sugar by at least Rs seven per kg and fix a mandatory export quota of seven million tonnes in 2018-19 to absorb the surplus, which is poised to reach as much as 10 million tonnes ahead of start of the new season next month.

The increase in MSP will take care of their financial requirement and they won’t need an additional subsidy from the government. Sugar exports are still unviable and the industry had also asked for higher incentives to help reduce surplus. However, for that government has to bear the burden of subsidy. If MSP is raised, mills will get the required support and burden will be borne by consumers.

“Somebody has to pay — either the government does through direct subsidy or the consumer pays by way of higher retail price, which will still be lower than last year,” a senior industry official commented.