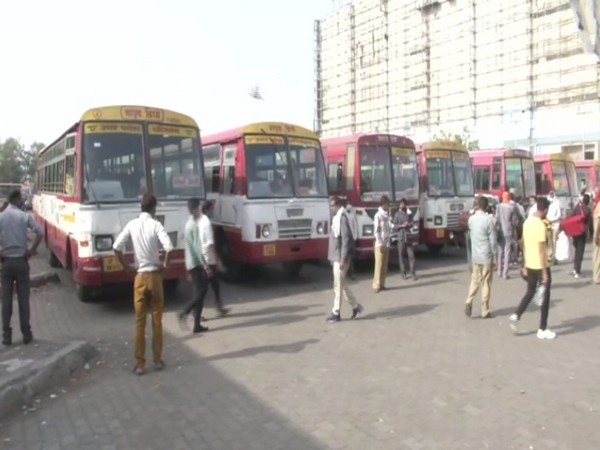 New Delhi [India], May 31 (ANI): Migrant workers who went back to their native villages during the second wave of Covid-19 have started returning to their places of work due to the possibility of unlock in different part of the country.

Mohammed Salman and Naseem are native residents of Uttar Pradesh’s Amroha district who worked in Maharashtra’s Nagpur before the lockdown. Now they are returning to their place of work.

According to Naseem, the money left with him is nearly finished and he has other option but to return to work.

On the other hand, Salman is now less afraid of corona than before.

Speaking to ANI, Salman said, “As corona infections are decreasing, we have decided to return to work.”

As the Delhi government has extended the lockdown till June 7, workers were asked how they will enter Delhi from Uttar Pradesh and go further to Nagpur.

In reply, Salman said that they have reached the Kaushambi Bus Depot from Amroha by bus.

“As soon as I reached here, I got myself examined at the primary health centre here. Now we have to go to Nagpur from New Delhi railway station. I have my train ticket and I am also following all the Covid-related protocols,” Salman explained.

Speaking to ANI, Kapil Kumar Verma, in-charge of Koshambi Bus Depot said, “Passengers arriving at the Kaushambi bus stand are checked and those who have symptoms of corona infection are being given the medical treatment or sent to the district hospital.”

“Passengers are advised continuously to get themselves examined and then leave the bus depot,” he added.

Bus conductor Shivshankar Singh said sanitizers are being given to the passengers before boarding the bus.

“There is an arrangement of sanitizers for people in the bus. But thermal scanning is not being done as we do not have apparatus which measure the termperature,” said Singh.

However, even after all this, many people seemed to be careless were seen without masks. (ANI)