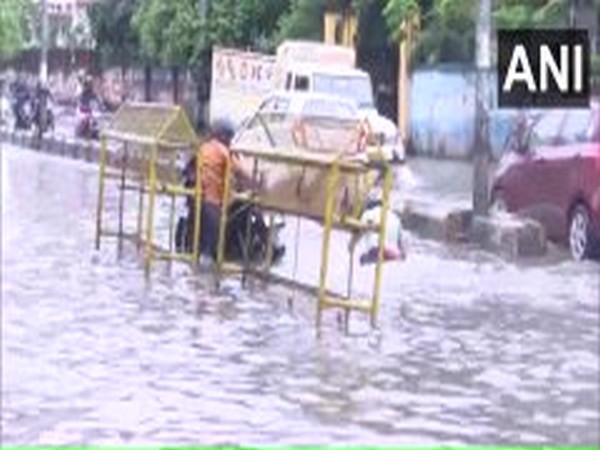 Guwahati (Assam) [India], June 17 (ANI): As many as four people died in the last 24 hours in Assam due to the flood which has affected 11.09 lakh people in 25 districts of the state.

The water level of the Manas, Pagladiya, Puthimari, Kopili, Gaurang and Brahmaputra rivers are also flowing above the danger level mark in many places in Assam.
The flood waters have submerged 19782.80 hectares of cropland in the flood-hit districts.

According to state government data, 1,510 villages under 72 revenue circles are currently underwater.

All educational institutions in Kamrup Metropolitan District are closed on Friday, in view of the heavy rainfall warning.

Earlier on Thursday, the flood waters washed away a part of the Kalaigaon-Udalguri connecting road in the Majorchua area and submerged at least 10 villages in the Kalaigaon area.

Meanwhile, in the Tamulpur district, more than 7,000 people were affected after several villages here submerged in the flood waters.

The water level of the rivers Borolia, Pagladiya, and Motonga rose due to the regular rain showers for the past couple of days. The flood waters of several rivers in the Tamulpur have submerged several villages including Kekerikuchi, Dwarkuchi, and Bodoland Chowk and have inundated the cropland area of thousand bighas in the area along with the roads.

Four people were killed in a landslide in Guwahati on Tuesday.

The India Meteorological Department (IMD) has predicted heavy rainfall in several districts of the state till Friday (June 17) and following this, in the interest of public safety, the Deputy Commissioner of the Dima Hasao district, who is also the Chairman of District Disaster Management Authority (DDMA), has ordered the closure of all educational institutes in the district from June 15 to June 18. (ANI)