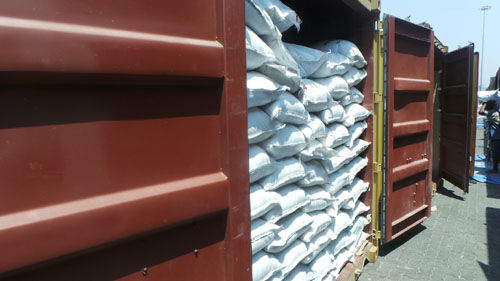 Sugar exports under the MEIS (Merchandise Export from India Scheme) till July end were less than 20 per cent and it is quite unlikely that sugar mills will be able to meet the target of 20 lakh tonnes by September 30, according to industry sources.

“What has been moved out of mills till the end of July is about 3.5 lakh tonnes of sugar. Some consignments are on their way to ports and some are at ports already. We are completely off the target,” Indian Sugar Mills Association (ISMA) Director-General Abinash Verma said here on Monday.

Price difference
As there is a huge difference in the domestic and export prices of sugar, the loss to be incurred on each kg of sugar to be exported is around ₹10-11 whereas the government’s financial assistance, through the cane price route, works out to around ₹7.7/kg.

As a result, a large number of mills are not releasing sugar, and exporters, in turn, do not have sufficient quantities available for shipping, he said.

Govt quota
“The current policies do not encourage sugar exports. Domestic prices are artificially up as the government has put a cap on quantity of sugar sold in the market,” Verma said. While the demand for sugar ahead of the festival season is estimated to be around 21.5-22 lakh tonnes (lt), the quota fixed by the government for August is about 17.5 lakh tonnes. This was 16.5 lt in June, Verma said.

“When we hold back the supplies, the prices will obviously move up. They have now touched around ₹32/kg,” said Verma.

Industry captains held a meeting with the officials from the Union Food Ministry last Friday in which they asked for enforcement of its order on exports.

‘Cap sugar price’
“As you can see, only 20-30 per cent of the mills are meeting their export quota. It is important that the government ensures all mills fulfil their quota,” Verma said.

They also asked the government to cap the minimum sugar price of sugar at ₹35-36. “Once this is done, there may not be any need for giving financial incentives for meeting exports requirements. The mills will then be in a position to bear the losses as they can make it up from the domestic market,” the ISMA official said.

Cane arrears
According to the latest data released by the government, cane price dues to be paid to the farmers were around ₹16,800 crore till July. “We never had such high levels of arrears during part of the season,” Verma said.

India’s sugar production for the current (2017-18) season ending September is seen at 322.5 lt. For the next season starting October, ISMA expects output to rise by up to a tenth to a new high of around 350-355 lt on an increase in acreage and higher yields in the key producing States of Uttar Pradesh and Maharashtra.