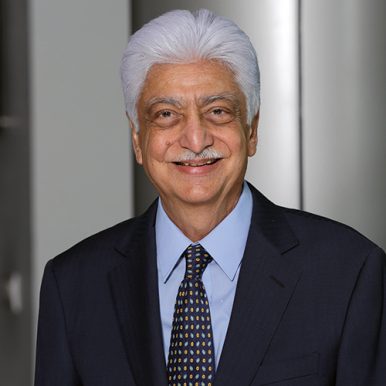 Alexandre Ziegler, Ambassador of France to India, will confer the award to Premji, a statement said.

“The award comes in recognition of his outstanding contribution to developing the information technology industry in India, his economic outreach in France, and his laudable contribution to society as a philanthropist through the Azim Premji Foundation and University,” it added.

Some of the past Indian recipients of the prestigious award include Bengali actor Soumitra Chatterjee and superstar Shahrukh Khan.

Ziegler will be in Bengaluru on November 28-29 to attend the Bengaluru Tech Summit. This will also provide an opportunity to further boost the strong partnership between France and India in areas of information technology and innovation.

The Ambassador of France will also meet representatives of more than 30 innovative companies from the French technology business community.

Large French digital companies already have a strong footprint in India, employing over 1.3 lakh people at their R&D centres and facilities.

“This meeting will be an opportunity to initiate the development of a strong entrepreneurial ecosystem that draws inspiration from the French Tech movement, a growing global community made up of a new generation of entrepreneurs, investors, engineers and innovators gathered under one banner,” the statement said.

Ziegler will also visit the Infosys campus and attend a leadership meeting.

“I am looking forward to meeting sectoral French companies, which are creating an entrepreneurial ecosystem to foster and support innovation and partnerships between France and India.

“It will be a privilege for me to confer the insignia of Knight of the Legion of Honour on renowned tech magnate and philanthropist, Shri Azim Premji,” Ziegler said.