Facebook
Linkedin
Twitter
Home All News Bailout Or Not, The Sugar Industry’s Boom-Bust Cycle Will Continue To Crush... 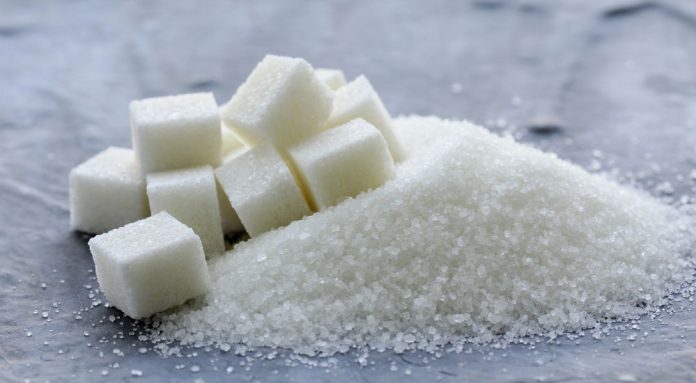 About 25 years ago, in 1993, I first attempted to make sense of India’s sugar industry. The so-called license raj was being dismantled in bits and pieces at that time and everyone thought the sugar industry would be among the beneficiaries.

The license raj was a pernicious beast. Over decades, the government nationalised multiple industries – mining, banks, airlines, telecom – and turned them into monopolies. In other industries, a license was needed to operate and the government set production targets that could not be exceeded. It also set standards. For instance, multiple permissions were required to change the design of the handlebars of a bicycle.

In the early 1990s, sugar was one of the most highly-controlled industries. Farmers had to sell cane only to a designated mill. This mill had to pay a specified price for the cane it bought. The mills had to sell part of the sugar they produced to the government Public Distribution System, which sold that “levy sugar” at ration shops.

Mills could sell a specified amount of sugar every month in the free market. But they could not sell more than that because that might have pushed market prices down. There were also export controls. The mills could not move molasses (an early product of cane, feedstock for distilling alcohol) beyond state borders. They could not produce more than a specific amount of alcohol and they could only sell the alcohol they produced at a specific price. I am sure I have forgotten some of the controls but readers will get the picture.

Sugar controls
Looking closely at the industry will help readers understand why those controls had been put in place.

Sugar is a labour-intensive industry, up the entire value-chain from cane-growing to sugar and alcohol production. Across multiple districts of Uttar Pradesh, Maharashtra, Tamil Nadu, Karnataka, and several other states, it is the main source of employment.

On one calculation, the fortunes of the sugar industry influenced voting patterns in about 60 Lok Sabha constituencies across several states. That led to a multi-party consensus on the need to control, and thus, influence voters whose livelihoods depended on the industry.

Looking at global trends, another thing became clear. India was the “swing producer” globally. In years when the country had a good harvest, global prices fell due to a worldwide glut. When India produced less than domestic demand, global prices shot up.

The Janata Party government tried a partial decontrol during the Charan Singh regime, allowing mills to sell surplus sugar on the free market without restrictions (after the mills had handed over their quota to the Public Distribution System). That is when everyone was horrified to discover that free market prices promptly fell below the Public Distribution System price. Everyone, including the mills, was happy to revert to the controlled system.

Oversupply and undersupply
Sugar production varies widely from season to season. Farmers plant acreage based on the prices received in the last season. Production can vary between a high of over 31 million tonnes (2017-’18) and a low of 17 million tonnes (2008-’09). Demand is roughly around 25 million tonnes annually.

The market price varies widely with those sequences of oversupply and undersupply, but every kg of sugarcane costs around Rs 35 to produce. State governments set procurement prices for cane. But these prices have much more to do with keeping farmers happy than with market reality.

One of the associated problems is that sugar is a natural monopoly. Cane must be crushed within a few hours of being harvested to get decent yields. So, a mill cannot source from a distant place, at least not without an excellent road system and refrigerated trucks and so on. These do not exist just yet.

In order to moderate this feast-famine scenario, it would be necessary to eliminate procurement prices. Also, mills should be allowed to produce more alcohol (a higher value product with massive industrial demand). Exports of sugar and alcohol should also be decontrolled. If all this happened, mills could afford to pay farmers a price based on the market prices of sugar.

But of course, since it is a natural monopoly, the mills would in reality, pay a pittance since the farmer cannot take their cane to any another mill. But if mills are forced to pay unrealistically high prices, they end up owing massive sums every time there is a surplus harvest. Of course that means workers cannot be be paid, spreading misery up and down the line.

To put it crudely, everybody on the value-chain gets crushed in the current scenario if there is oversupply. If procurement prices for cane are decontrolled, only farmers would get crushed.

Boom-bust cycle
I started this piece with nostalgic reminiscences of the license raj being dismantled. Yes, Indians can now get a telephone connection in five minutes and buy their choice of 200-odd cars or bikes anytime they please. But sugar still remains highly controlled, what with cane procurement prices, Public Distribution System offtake, export controls, and a recontrol of market prices.

The 2015-’16 harvest was barely 25 million tonnes – just about meeting demand. The 2016-’17 harvest was 20 million tonnes, and an undersupply sparked a bull run in prices. That led to more acreage being planted. So, the 2017-’18 harvest was 31.5 million tonnes and 2018-’19 will be a similar bumper harvest. Prices have therefore crashed. The mills owe farmers over Rs 23,000 crore, with the bulk of those receivables in Uttar Pradesh, Karnataka and Maharashtra. Uttar Pradesh alone accounts for over Rs 13,000 crore in dues.

So the Union government, in its wisdom, has organised a bailout, which will not actually be much of a bailout. The Cabinet Committee on Economic Affairs approved Rs 7,000 crore as an intervention package and fixed a minimum selling price of white sugar at Rs 29 a kg – more price controls. And this price is way below production cost.

One part of the bailout is to create a buffer stock of 3 million tonnes, at an estimated expenditure of Rs 1,175 crore. Reimbursement under the relief package would be on a quarterly basis, with the money directly credited into farmers’ accounts on behalf of the mills. Apart from this, the Centre will pick up the tab for loans made to mills to enable them to upgrade distilleries to produce ethanol. In the long-term, this might make a difference if mills can produce ethanol. But it will not make a difference this year. There is just no way that these dues can be cleared, and voters in those 60 Lok Sabha seats will be exercising their franchise next year.

Two seasons of mounting distress will also result in less acreage being planted in 2019-’20. In turn, that will mean lower production and presumably, higher market prices. So this boom-bust cycle will continue.