Home All News Bailouts And Backlash: Is Sugar Losing Its Charm? 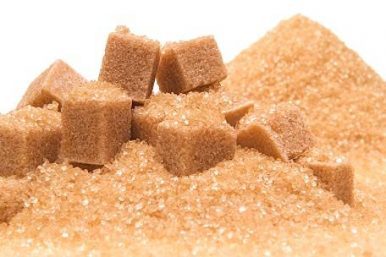 October sees the start of the new sugar season in India, and this year farmers engaged in raising the cane crop were found desperately in need of a huge sweetener.

Fortunately for them, the National Democratic Alliance (NDA) government last week offered a sweet deal that should hopefully satiate their desires at least over the next few weeks – when elections to five state assemblies are to be held and to be followed soon by the May 2019 general elections.

The Indian government last Wednesday approved a hefty Rs55 billion package for sugarcane farmers, hoping it will help them tide over the crisis caused by the sugar mills’ inability to clear dues amounting to a whopping Rs130bn.

India’s sugar industry has been facing a crisis over the past few months, thanks to excessive supplies, which was compounded with a production glut this season.

The sugarcane growing lobby is a powerful one and no political party is willing to displease cane farmers. The BJP-led NDA regime is no different from the Congress or for that matter the regional parties, that have clout in some states.

Three states with enormous political clout – Uttar Pradesh, Maharashtra and Karnataka – also happen to be the three largest producers of sugarcane. Interestingly, it is not just the farmers’ lobby, but also the sugar producers that have powerful political connections and no party is able to handle them without offering sops.

Farmers have raised the area for sugarcane cultivation as they are confident of being bailed out by governments both at the state-level and at the centre.

The huge production of sugar has seen prices slide down sharply. The average, ex-mill price in Uttar Pradesh and Maharashtra is around Rs30 per kilogramme. The Indian Sugar Mills Association had last month urged the government to fix a minimum ex-mill price of Rs36 per kg.

Sugar mills claim they are losing more than Rs12 per kg at present. In fact, the South India Sugar Mills Association claims that production costs have shot up to nearly Rs40 per kg and it does not make sense to produce the sweetener.

About four months ago, dues to sugarcane growers peaked at more than Rs230bn. It has now come down by about Rs100bn, but with the new crushing season, sugar stocks are expected to top 16m tonnes soon.

Last week’s decision will see the government pay Rs13.88 for every quintal of sugar crushed by mills. The amount will be deposited in farmers’ bank accounts and will cost the Indian government more than Rs41bn.

The government also aims to spend an additional Rs13.75bn to increase sugar exports by bearing part of the freight costs.

INDIA, of course, has been slammed by other sugar exporting nations including Brazil and Australia. Governments in both the countries, along with sugar industry groups plan to lodge a complaint with the World Trade Organisation (WTO) against India’s actions.

Australian trade minister Simon Birmingham warned that international trade action would be initiated if India did not slash the heavy subsidies it paid to its cane farmers. According to him, this has led to a sugar glut internationally, resulting in low prices.

“We won’t hesitate to tell other nations when we believe they are acting in breach of the established rules of international trade,” warned Birmingham.

Sugar subsidies in India and Pakistan were hurting sugar growers in other parts of the world, “and are an unsustainable distortion that ought to be brought to an end,” he said. The Australian government has already communicated its concerns “at the highest levels,” both in India and Pakistan, said the minister.

Australia will join hands with Brazil and raise the issue at the WTO. However, the Indian government denies that it has violated the rules and that it does not provide any subsidies for exports.

Indian food minister Ram Vilas Paswan says that the government aims to export about 5m tonnes of sugar in the 2018-19 season. Obviously, this is a hugely impractical target.

For the 2017-18 season, the government had set a target of 2m tonnes for exports, but India could manage to sell just 600,000 tonnes of sugar internationally.

Abinash Verma, director-general, Indian Sugar Mills Association, said recently that till the end of July a mere 350,000 tonnes of sugar had been moved out of mills for export. “We are completely off the target,” he asserted.

The Indian government will compensate mills for expenses relating to internal transport and freight to ensure it meets the 5m tonnes export target in 2018-19.

A transport subsidy of Rs1,000 a tonne will be provided for mills located within hundred kilometres from ports and Rs2,500 a tonne for those beyond that limit. For mills located in states not having a coastline – mainly Uttar Pradesh – the subsidy would be a hefty Rs3,000 per tonne.

The government has been trying its best to bail out sugar mills from the ongoing crisis for more than a year. Earlier, it doubled the import duty on sugar to 100pc to prevent cheap imports. Later, it scrapped export duty on sugar.

In June, the government came out with an Rs85bn package for the sugar industry, including soft loans of nearly Rs45bn to help the mills create ethanol capacity.

Last month, it also approved a hefty 25-plus per cent hike in the price of ethanol produced from sugarcane juice and to be blended with petrol. This was done to cut surplus sugar production and to slash oil imports.

Obviously, sugarcane growers and the sugar industry are powerful lobbies and the government is unlikely to disappoint them or let market forces decide on their fate.