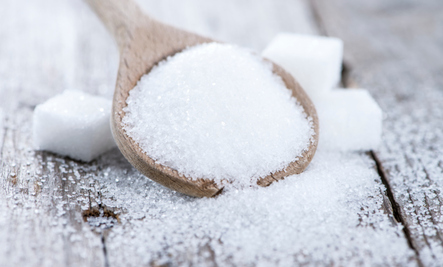 When Belize’s domestic exports underperformed in 2016, sugar’s performance helped to mitigate the impact on the Belizean economy, and it was the only major export to record growth for the first quarter in 2016. Last year, when the economy began to bounce back, sugar continued to perform strongly. However, sugar earnings for the first quarter of 2018 have shown a substantial decline due to a price plunge on the foreign market, following the end of Belize’s preferential access to the EU market.

Last year, the Belize Sugar Industries said that it anticipated changes to the EU sugar regime, beginning in October 2017, which meant that Belize would no longer enjoy preferential trade terms with the EU and would have to contend with price pressures on the world market. This effectively meant an end to the higher prices that Belize had historically enjoyed, even as an oversupply on the market threatened to keep prices low.
Ironically, sugar prices have since hit the lowest level since 2015, according to a recent report appearing in the Financial Times. It said that prices had fallen to 11.96 cents US per pound, the lowest level since September 2015, and excessive market supply has been cited as the reason for the price plunge.

A representative of the Belize Sugar Industry told the press this week that prices have been cut by almost half, from 21 cents US last year to around 11 cents US now.
Latest international press reports indicate that prices are leveling out, although a rebound is not expected until 2020.

The most recent update from the Statistical Institute of Belize (SIB) indicates that although sugar production increased by volume, low prices on the world market meant that export earnings for that commodity was down.

The SIB said that, “Despite a 43 percent increase in the exported volumes of sugar, revenues for that commodity remained virtually unchanged, as world market prices for bulk sugar were noticeably less in March of this year, as compared to March of last year.”
For the first three months of 2018, all major exports reported a decline.
The SIB said that despite the falloff in prices, sugar exports remained strong at $30.4 million, with that commodity accounting for more than half of total export earnings for the month [of March].

For the period January to March 2017, revenues from sugar fell by 17 percent or $7.6 million, from $44.1 million in 2017 to $36.5 million in 2018. The SIB said that this decline was registered despite a 4 percent increase in exported volumes due to lower prices for bulk sugar.

The contraction in sugar earnings this year could dampen GDP growth. In his budget speech read in Parliament last month, Prime Minister and Minister of Finance Dean Barrow said that, “The scheduled expansion of sugarcane production in the West should provide a boost to agriculture,” and economic growth for 2018 was expected to register between 1.5 and 2%.
Although the SIB has released external merchandise trade data for the first quarter of 2018, it has not yet released 2018 data on economic growth.”