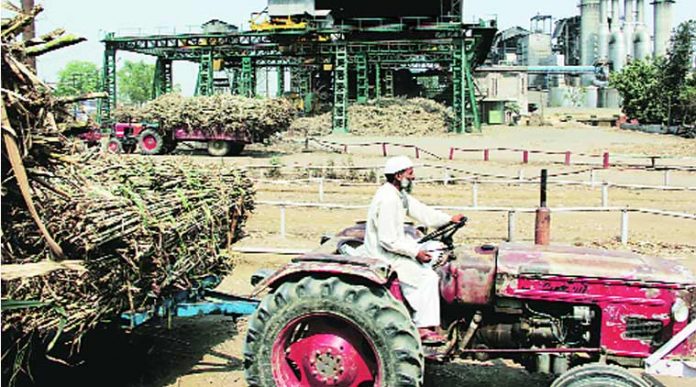 A miller from Meerut was quoted as saying by The Indian Express that this time, even free-market molasses fetched them nothing as it collapsed from Rs 800-900 per tonne in November to zero in March.

Apart from the higher production of cane, two major reasons are held responsible for the panic-stricken sugar industry’s situation. The first is the sale and movement of molasses by state government, for whom it is a major source of revenue. In 2018-19, UP has received Rs 23,000 crore of excise collections so far, over three-fourths of it from molasses-based liquor. Hence, UP mills have to reserve 12 percent of their molasses production for country liquor manufacturers.

The second reason is the distillery capacities not keeping pace with cane crushing volumes. The 13.8 mt of molasses this season would yield over 3.1 billion litres. From this, an estimated 1.3 billion litres will go to meet the potable liquor industry’s demand and another 0.6 billion litres to alcohol-based chemical makers, leaving a surplus of 1.2 billion litres.

The ethanol blended petrol (EBP) programme hasn’t been a saviour either for the sugar industry suffering from the bumper production. The Modi government has already allowed 10 percent blending, which, on the country’s annual petrol consumption of 32 billion litres, would create a demand of 3.2 billion litres. Oil marketing companies have contracted 1.4 billion litres of ethanol supplies from mills for the 12-month-period ending November 2018.

Millers in UP say that there is not enough distillation capacity to absorb the surplus molasses. No new licences are being given because of the Central Pollution Control Board’s stringent norms on the discharge of distillery effluents, which has even failed the EBP programme.