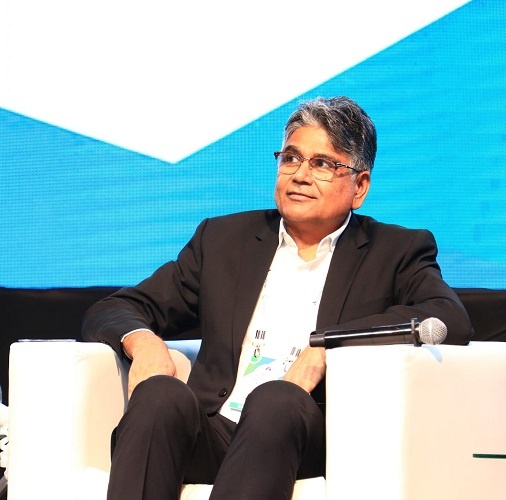 India is moving ahead at full tilt to blend ethanol with petrol with objectives of promoting the domestic agriculture sector, ensuring environmental sustainability, reducing import dependency and saving foreign exchange.

In talks with ChiniMandi News, Mr.Vijendra Singh – Executive Director and Dy CEO , Shree Renuka Sugars Limited shared his views on how the progress of Ethanol Blending Program in India has been, what lessons India can learn from Brazil’s experience in implementing higher ethanol blends and more about how the sector can progress.

He said, “The Ethanol Blending Program is progressing very well and so far, we have achieved 10% blending. Till date 3.46 billion liters of ethanol has been supplied this year which is about 77% of the total contracted quantity.

It is estimated that the current ethanol producing capacity is approximately 9 billion liters per annum and new distilleries are being constructed aggressively. Even if we can utilize 70-80% of the existing capacity, we can produce 6 to 7 billion liters of ethanol per annum. When new capacities will be commissioned the ethanol production will increase proportionately. The industry is keenly waiting for the new ethanol prices to be announced by the government and early announcement of ethanol prices for the new season will help the industry to plan for high ethanol production.

We at Shree Renuka Sugars Ltd. are also already expanding its ethanol capacity from 720 KLPD to 1250 KLPD by December 2022. We further plan to increase our capacity as the market evolves and demand for ethanol picks up pace.

Well!, about grain-based ethanol, manufacturers are facing challenges because of high raw material prices and high prices of energy. It is better to focus on augmenting the capacity of ethanol manufactured from sugarcane, which is a reliable source of ethanol.”

Singh answered, “The Brazilian Ethanol Blending Model is structurally very different in comparison to the Ethanol Blending Program in our country as it has evolved over the period of more than four decades. Brazil has large farm sizes; some are company owned farms and harvest sugarcane mechanically. They have a strong mechanism for profit sharing between the companies and sugarcane growers.

In India, we are presently in the first phase of the EBP and need to augment production capacity and build strong logistics and storage chains. The good part about the Brazilian model is the availability of flex fuel vehicles which should be implemented by us quickly particularly in the ethanol producing states of Maharashtra, Karnataka, and Uttar Pradesh. This will help in increasing consumption of ethanol and reduce pressure on logistics & distribution.

Once Flex Fuel Vehicles are introduced in the market, sugar mills should be allowed to dispense ethanol directly. The biggest difference between Brazil and India is that prices of ethanol are market driven and prices of ethanol and sugarcane are linked by a Price Index “Consecana”. We may have to also develop a similar system.”

Sharing thoughts of how he sees the sugar sector take shape at a time when the Government is emphasizing on more capacities and production of ethanol, Mr. Vijendra commented, “Based on current estimates, we would have about 8 million ton of surplus sugar which needs to be exported in the coming season. From the same quantity of sugar, if converted, we can produce 4.5 billion liters of ethanol, which will help us achieve the target of 20% blending comfortably. Converting excess sugar into ethanol can turnaround the fortunes of the sugar industry and I hope it will happen soon.

Co-operative sugar mills are not able to set up distilleries due to shortage of funding. The Government should put in place a policy wherein private players can invest in and operate distilleries within the co-operative sugar mills to produce ethanol on the Build-Own-Operate-Transfer (BOOT) model like the BOOT policy introduced in 2008 for co-generation plants in Maharashtra. This model will help co-operative mills to establish distilleries quickly which will help build up ethanol production capacities and bring in the co-operative mills to participate in the green revolution that India is witnessing.”