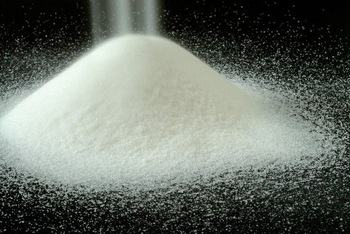 Record sugar production in India and Thailand is weighing heavily on millers in Brazil, the world’s top producer.
As many as nine mills may not process sugar cane in 2018-19 due to financial problems, joining a group of about 80 that have stopped production since 2008, according to Unica, Brazil’s sugar industry group. Sugar has slipped below the average cost of production in Brazil following a slump in global prices this year, making it harder for some mills to fund cane purchases and maintain factories, it said in a report.

Brazil had about 330 mills in 2017, according to crop agency Conab.
Record output in India and Thailand is driving the global market to the biggest ever glut this season, with prospects of another surplus next year. Hedge funds are positioning for more losses and have held wagers on price declines for five straight months. Total short positions are within 3% of a record reached on May 1.

“India is going to become an enemy of the sugar world as they are basically producing an excess amount,” said Michael McDougall, a broker for ED&F Man Capital Markets in New York. “I think it’s going to push some Brazilian mills out of business.”

Sugar companies in Brazil may face losses if prices continue to trade at 10 cents to 11 cents a pound, Joamir Alves, chief executive officer at sugar maker Grupo Virgolino de Oliveira SA, said in an interview in Sao Paulo. Like most other companies in Brazil, GVO will divert as much cane juice as possible to produce ethanol in 2018-19.

Raw sugar has slumped 23% so far this year. Sugar futures for July delivery rose 0.2% to 11.63 cents per pound on ICE Futures US in New York on Thursday after earlier falling as much as 0.8%. The price reached 10.93 cents in April, the lowest since September 2015.

About 30% of Brazil’s sugar mills face high levels of debt, Elizabeth Farina, Unica’s president, said in an interview. Every time India subsidises its production and exports, it further depresses prices, affecting chances of a recovery for those companies, she said. The debt level of Brazilian sugar mills is estimated at about 85bn reais ($23.1bn), according to consulting firm MB Agro.

Mills in India, the world’s second-biggest producer, are also struggling. They’re selling sugar at below cost and mills currently owe farmers about 200bn rupees ($2.96bn). The government has allocated 15.4bn rupees to subsidise a part of cane payments made to farmers to help mills in clearing their dues.

The country has also permitted sugar mills to export white sugar under a plan to enable them to purchase equivalent quantities without paying import tax within two years from October 2019. Separately, it has asked the mills to collectively ship 2mn tonnes overseas under another programme that allocates mandatory export quotas to mills.

Bumper harvests in India and Thailand would result in a global surplus of 11.1mn tonnes in 2017-18, compared with 10.1mn tonnes expected a month ago and 5.15mn tonnes seen in March, Jose Orive, executive director of International Sugar Organization, said earlier this month. The upgrade is driven by a bigger crop in India and that’s a “shock” to all market participants who didn’t see a year-on-year jump of about 50%, he said.

“India is an unstoppable force right now,” McDougall said. A good monsoon may mean another bumper harvest, which will hurt the entire sugar world, he said.