Home All News Bumpy Ride Ahead For Crude 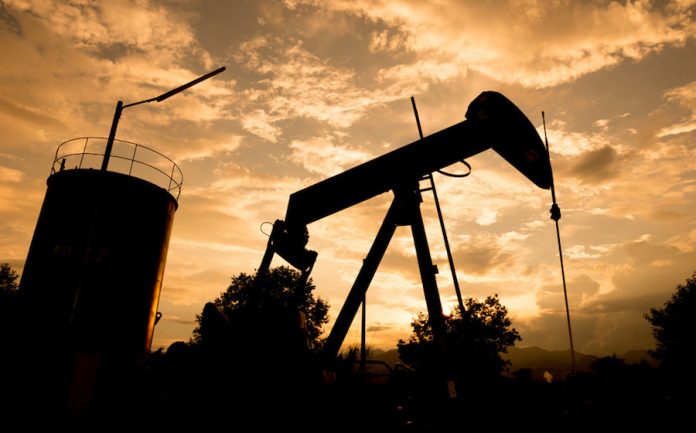 Volatility is ruling the crude world. With prices at one point rocketing to highs not seen in three years and in recent weeks, suffering record one-day plunges, global crude markets are in for a bumpy ride.

End July markets experienced bloodbath. Oil prices fell sharply. Brent lost more than six per cent, while the US crude futures slumped about 7pc, the biggest monthly decline for both benchmarks since July 2016.

Markets were on edge when Saudi Arabia announced suspending oil shipments through Bab-el-Mandeb Straits in the Red Sea. But with Yemen’s Houthi group saying it was ready to unilaterally halt attacks to support peace efforts, worries subsided. Signs that a supply disruption in the Bab-el-Mandeb Strait could be resolved, weighed on prices negatively, John Kilduff, a partner at Again Capital Management said.

In the meantime, Russia and the Organisation of the Petroleum Exporting Countries (Opec) boosted output in July, a Reuters survey reported early last week. It showed Opec members boosting output in July by 70,000 barrels per day (bpd) to 32.64 million bpd, a high for the year. “We’re seeing some more production come online, so that weighs on prices,” Phil Flynn, an analyst at Price Futures Group in Chicago was quoted as saying.

Looming US sanctions have begun hitting Iranian crude exports and it may go down further. Opec has been pledge-bound to offset any loss of supply from Iran, the group’s number three producer. Hence it had to open spigots. Increased output from the United States too helped offset supply disruptions.

At least for the time being, crude markets seem to have disregarded the Iranian threat of blocking export of crude from Saudi Arabia, so as to fill in the gap arising out of less supply of Iranian crude.

Over the last few weeks, Tehran has been asserting that the US President Donald Trump was mistaken to expect Saudi Arabia and other oil producers to compensate for supply losses caused by US sanctions. Several Iranian officials have hinted; if its oil exports are isolated by US sanctions, it would choke off the Strait of Hormuz, host to about 20pc of the global trade in oil.

Crude markets appear torn between bullish and bearish sentiments. On one side is the Iran sanction and the instability in Venezuela, and on the other, the markets are hit by the rising Saudi output, the intensifying trade war between the US and China generating uncertainty about the future oil demand, a rising dollar, potential tapping of the US Strategic Petroleum Reserve, a Brazil oil industry that is stronger than being reported, and a reopening of Libyan ports. All these are weighing on the crude markets.

The growing US output is another factor impacting the market sentiments. The US crude production has been averaging an all-time record 11m bpd, an increase of almost 16pc since early January. In the meantime, the International Maritime Organisation’s move to cut sulphur in marine fuels starting in 2020 is also a cause of concern to the markets.

Fundamentals are definitely weak. Barring any major geopolitical development, another battering of the markets could not be ruled out. So thinks, Ed Morse, Citigroup’s commodities chief, underlining in clear terms; oil could be back to $45 a barrel within the next 12 months. Oil will fall back into a band from $45-65 per barrel in just over a year, he said in a recent interview.

Though Morse is still bullish on Brent prices for the remainder of the year and the first quarter of 2019, yet, he doesn’t seem optimistic thereafter. “We think oil is headed back to that range by the end of 2019,” he says.

Morse is respected for his foresight into the market mechanics. In 2014, he warned of a possible price collapse — and — it did happen. For the last few months, he has been pointing out, that the OPEC+ club would end its production cut deal earlier than everyone expected. He has been proven correct on that account too.

Morse is now saying that the capital efficiency and technological advancements that have improved oil recovery goes against the bullish crude scenario. With better the recovery rate, more oil could be produced cheaply, he points out. He also decried the bulls for making a mistake in estimating global acceleration in total oil production decline.

He is emphasising; acceleration in output decline would take place in mature fields only, representing about 45-50pc of the global total. Other fields would continue to produce normally. Prices are thus dipping and more may come. Time to fasten belts. Turbulence is on the way.