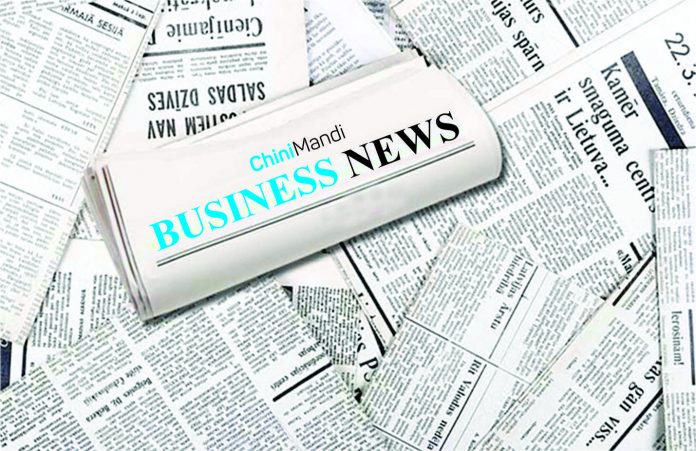 BANKS-CAPITAL
New Delhi: The finance ministry is likely to infuse about Rs 10,000 crore within a few days in some state-owned lenders including PNB, Corporation Bank and Central Bank of India, to help them meet regulatory capital requirement, sources said.

STOCKS
Mumbai: Benchmark BSE Sensex today rebounded by over 196 points to close at 36,519.96 while NSE Nifty settled above the 11,000 level as oil, metal and PSU stocks rallied after a sharp drop in global crude oil prices.

RUPEE-CLOSE
Mumbai: The rupee today bounced back to settle at a fresh two-week high of 68.45 against the US currency, gaining 12 paise as crude oil prices beat a hasty retreat, easing inflation and trade deficit worries.

IDBI-STAKE-LIC
Mumbai: The board of IDBI Bank today decided to seek the government’s decision on LIC’s proposal to acquire up to 51 per cent stake in the debt ridden bank.

CCEA-SUGARCANE
New Delhi: The Union Cabinet will consider tomorrow a proposal to increase the minimum price that sugar mills are required to pay to cane growers by Rs 20 to Rs 275 per quintal for the next marketing year starting October, according to sources.

VEHICLE-TRACK-LICENCE
New Delhi: Vehicle tracking systems and FASTags for electronic toll collection will be made mandatory for all commercial vehicles obtaining national permit, the government today said as it came out with draft amendments in this connection.

BULLION-CLOSE
New Delhi: Gold prices fell by Rs 100 to Rs 31,050 per 10 grams at the bullion market today owing to a slackened demand from local jewellers even as the metal strengthened overseas.

EXPORTS-FOOTBALL
New Delhi: India’s football exports grew by over 15 per cent to USD 10.33 million (about 70.5 crore) in 2017-18 on account of growing demand in the markets of South America and Europe.