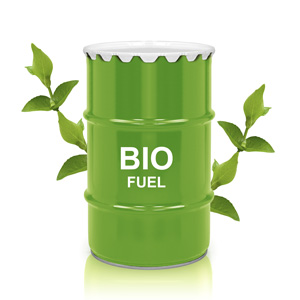 The Cabinet today approved the National Policy on Biofuels which allows doping of ethanol produced from damaged foodgrains, rotten potatoes, corn and sugar beet with petrol to cut oil imports by Rs 4,000 crore this year alone.

Till now only ethanol produced from sugarcane was allowed to be mixed in petrol.

A meeting of the Union Cabinet, headed by Prime Minister Narendra Modi, approved the new policy which categorises biofuels as First Generation (1G), which produce bio-ethanol from molasses and bio-diesel from non-edible oilseeds.

It also allows use of surplus food grains for production of ethanol for blending with petrol with the approval of National Biofuel Coordination Committee, it said.

Under the policy, “a viability gap funding scheme for 2G ethanol bio refineries of Rs 5000 crore in 6 years in addition to additional tax incentives, higher purchase price as compared to 1G biofuels” will be provided, it said.

Mixing of one crore litre of bio-ethanol in petrol saves Rs 28 crore of foreign exchange on oil imports. “The ethanol supply year 2017-18 is likely to see a supply of around 150 crore litres of ethanol which will result in savings of over Rs 4000 crore of forex,” the statement said.

Besides, it will lead to 30 lakh tons of lesser carbon emissions. “By reducing crop burning & conversion of agricultural residues/wastes to biofuels there will be further reduction in Green House Gas emissions,” it said.

The statement said Rs 800 crore is investment needed to set up a 100 kilolitre per day bio refinery. At present Oil Marketing Companies are in the process of setting up 12 2G bio refineries with an investment of around Rs 10,000 crore.

Further addition of 2G bio refineries across the Country will spur infrastructure investment in the rural areas and create jobs, it added.

“By adopting 2G technologies, agricultural residues/waste which otherwise are burnt by the farmers can be converted to ethanol and can fetch a price for these waste if a market is developed for the same. Also, farmers are at a risk of not getting appropriate price for their produce during the surplus production phase. Thus conversion of surplus grains and agricultural biomass can help in price stabilization,” the statement said.

Sugarcane cutters unsure about their movement due to Covid-19 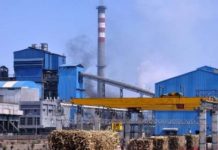 Pakistan: Action against 12 sugar mills for not paying sugarcane dues

More than 600 delegates across various countries participate in international webinar on Sugar &...

ChiniMandi - Wednesday, 5 August 2020, 7:15 pm
Lucknow: Commissioner, Cane and Sugar Shri Sanjay R. Bhoosreddy said that to save the sugarcane crop from locust outbreak, the alertness of the district...

Shivaaneey Rai - Monday, 3 August 2020, 3:54 pm
With the world being hit by the coronavirus pandemic, the F&B industry has witnessed one of the most testing quarters due to pandemic-led closure...

NSI to organise an International Webinar on “Sugar & Sweeteners – Quality and Consumption...