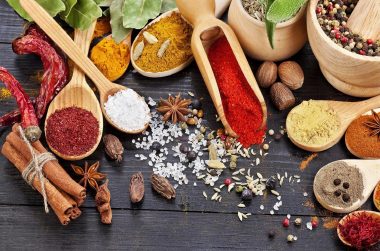 The Union Cabinet is expected to approve Thursday a policy to boost exports of agriculture commodities such as tea, coffee and rice and increase the country’s share in global agri trade, an official said.
The Commerce Ministry has sent the final agri export policy to the Cabinet.

The proposed policy would focus on all aspects of agricultural exports including modernising infrastructure, standardisation of products, streamlining regulations, curtailing knee-jerk decisions, and focusing on research and development activities.

“The government will aim at a stable export policy for agricultural products. There will be an assurance that processed agri items and organic products will not be brought under the ambit of any kind of export restrictions such as imposition of minimum import price, export duty, export bans and quota restrictions,” the official said.

The official added that the implementation of the policy will have an estimated financial implication of over Rs 1400 crore.
The states would be urged to reform their APMC (Agriculture Produce Market Committee) Acts and remove mandi taxes applicable on export-oriented goods.

On the infrastructure front, the government would identify ports that are handling agri exports and perishable berths, agri jetties, railways wagons would be provided.
Round-the-clock single window clearance would be extended for perishable exports and imports at Mumbai, Delhi and Kochi airports.
As part of the policy, the government is likely to undertake a detailed analysis to identify focus products based on five parameters — global trade, five-year impact potential, India’s current competitiveness, scope for value addition and future market potential.
To promote value added products, the government would take certain steps including promotion of R&D and marketing of biscuits and confectionary, dehydrated onion, frozen vegetables, medicinal plants and essential oils.

The policy also aims at doubling agricultural shipments to over USD 60 billion by 2022.
Agricultural products constitute over 10 per cent of the country’s total merchandise exports.
The main commodities exported by India include tea, coffee, rice, cereals, tobacco, spices, cashew, oil meals, fruits and vegetables, marine products, meat, dairy and poultry products. Exports of value-added items are significantly low.
India’s exports in 2017 were about USD 31 billion, which is over 2 per cent of the world agriculture trade.

Federation of Indian Export Organisations (FIEO) President Ganesh Kumar Gupta said a stable policy is fundamental to boost agri exports.
“Switch on and off policy in the past has deprived India to be considered at a reliable supplier,” Gupta added.