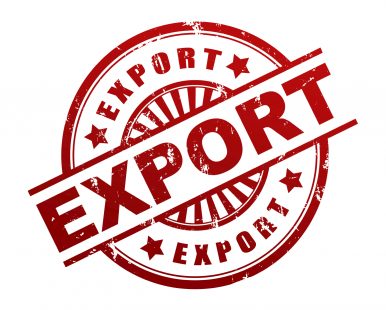 Based on the inventory level with the sugar industry and to facilitate achievement of financial liquidity, mill-wise Minimum Indicative Export Quotas (MIEQ) for sugar season 2017-18 had been allocated by the government in an order dated 09/05/2018.

The government allowed export of 2 million tonnes of sugar under the MIEQ scheme for the 2017-18 marketing year, in order to clear surplus stocks and improve cash flow to millers for making payment to sugarcane farmers.

Today the government revised the export quota under MIEQ from 7.14kg of sugar per MT of estimated cane crushed to 7.14kg of sugar per MT of actual cane crushed during the current sugar season 2017-18 or the existing quota already notified on 09/05/2018 under MIEQ whichever is lower. The Government has also extended the date of export of MIEQ to allocated sugar mills by three months and the sugar mills have an option either to export sugar of 2017-18 season or 2018-19 season.

As per the official data, only about 5 lakh tonne sugar has been exported so far. The shipments have been lower due to non-availability of raw sugar which is in demand in the global market. The industry made a representation that it does not have raw sugar for export and requested the ministry to consider extending the deadline so that fresh raw sugar from the 2018-19 cane crop can be produced for overseas shipment.

The government has taken slew of measures to bail out cash-starved sugar mills as well as cane farmers. Record sugar production in 2017-18 season ending September depressed local prices resulting in huge cane arrears which touched the peak of Rs 23,232 crore in May-end. The government doubled the import duty on sugar to 100 per cent and then scrapped the export duty on it.The government also made it compulsory for millers to export two million tonnes of sugar even as the global prices were low.

With mounting cane arrears, the government was forced to announce Rs 8,500 crore package for the industry and creation of buffer stock.The package included a soft loans of Rs 4,440 crore to mills for creating ethanol capacity. The government will bear an interest subvention of Rs 1,332 crore for this. The Centre had also announced an assistance to mills of Rs 5.50 per quintal of cane crushed, amounting to Rs 1,540 crore. Around Rs 1,200 crore was allocated for creation of buffer stock of sugar. The country’s sugar production is estimated to have touched a record 32 MT in the 2017-18 season as against 20.3 MT in the previous year. The demand is around 25 MT.