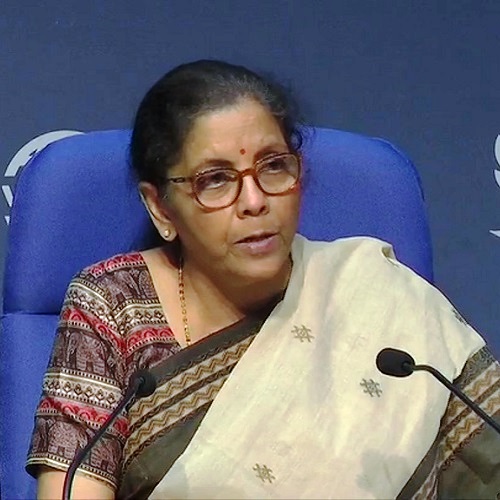 New Delhi [India], May 16 (ANI): Finance Minister Nirmala Sitharaman on Saturday said that the Central government will introduce competition, transparency and private sector participation in the coal sector and will do infrastructure development of Rs 50,000 crore.

In the fourth tranche of Rs 20 lakh crore stimulus package, Sitharaman also announced the introduction of a seamless composite “exploration-cum-mining-cum-production regime” while addressing a press conference along with Minister of State for Finance Anurag Thakur. In the coal sector, private sector participation will be done through a revenue-sharing mechanism instead of regime of fixed rupee/tonne wherein any party can bid for a coal block and sell in the open market.

Moreover, entry norm will be liberalised as part of which nearly 50 blocks will be offered immediately. No eligibility conditions, only upfront payment with a ceiling, said the Finance Minister.

She said that the government will allow private sector participation in exploration. She added that coal gasification/liquefication will be incentivised through rebate in revenue share, which will result in significantly lower environmental impact and will assist India in switching to a “gas-based economy.”

Sitharaman said that infrastructure development of Rs 50,000 crore in the sector for the evacuation of enhanced Coal India Limited’s (CIL) target of one billion tonnes coal production by 2023-24 plus coal production from private blocks. This measure will also help reduce environmental impact.

The Coal Bed Methane (CBM) extraction rights to be auctioned from the CIL’s coal mines, she said. In the mining sector, Sitharaman said that 500 mining blocks would be offered through an open and transparent auction process.

Also, a joint auction of Bauxite and coal mineral blocks will be introduced to enhance the aluminium industry’s competitiveness. She also informed about the removal of the distinction between captive and non-captive mines to allow the transfer of mining leases and sale of surplus unused minerals, leading to better efficiency in mining and production.

“Rationalisation of stamp duty payable at the time of award of mining leases will be done,” she said.