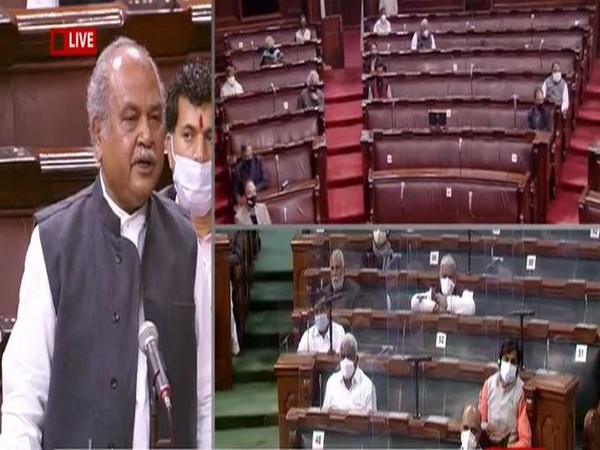 “We have started to provide MSP, 50 per cent more than the production cost. Also, Rs 1 lakh crore agriculture infrastructure fund has been given under the Atmanirbhar package. We have tried to ensure the requisite investment reaches the agriculture sector,” said Tomar in Rajya Sabha.
The pro-poor schemes of the government have brought a change in the lives of the people living in villages, Tomar stated.

“15th Finance Commission has recommended for providing Rs 2.36 lakh crores to gram panchayats, which has been accepted by the Cabinet. Around Rs 43,000 crore have been sanctioned for healthcare in rural areas. Rs 2.8 lakh crores will be spent via gram panchayats in five years,” said Tomar.

“We continuously increased the fund for MGNREGA. When COVID-19 hit the country, we raised the fund allocation to MGNREGA from Rs 61,000 crores to Rs 1.115 lakh crores. More than 10 crore people were provided employment,” he added.

The Union Agriculture Minister further stated that PM Modi-led government took steps to control the pandemic across the country and the people along with the State Governments adhered to it in their best capacity.

“We all know that 2020 was a year of difficulties for all of us due to the COVID-19 pandemic. The economy and employment were also affected due to it but I am pleased to say that both democracy and citizens of our country are great forces of this country and this is the result of how the country showcased discipline during lockdown-1,” said Tomar.

“That period was so challenging that if the epidemic would have expanded, then perhaps we did not even have the resources to deal with it. PM Modi took great steps during that period and the public along with state governments adhered to it in their best possible way. We also lost many COVID-19 warriors, people and leaders and we all are upset about it,” he added. (ANI)