Facebook
Linkedin
Twitter
Home All News Chasing Receding Water Tables: How Indian Farmers Are Digging Themselves Into A... 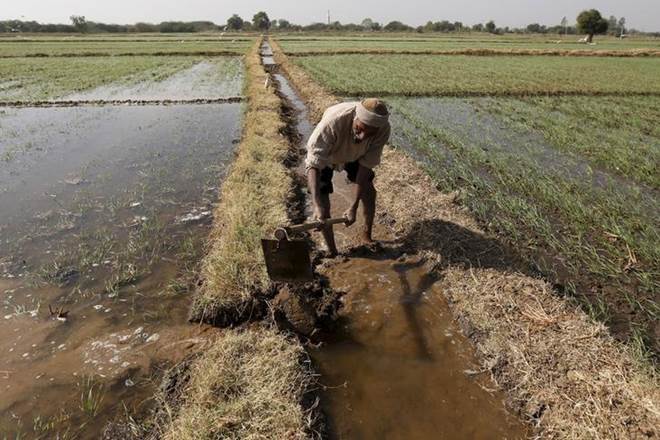 Improving water-use efficiency is essential to increase farmers’ income and reduce their vulnerability to climate change.
India is the largest user of groundwater in the world. Every year, Indian farmers pump 250 cubic-km of groundwater—more than the US and China combined—to irrigate nearly 63 million hectares (mha) of land. India also has the largest number of irrigation wells in the world. The 5th Minor Irrigation Census (MI Census) counted 20.52 million wells and tube wells in 2013-14—one for every seven operational holdings.

At the peak of groundwater boom during 1970s to 1990s, Indian farmers were digging nearly half a million wells every year, mostly dug wells and shallow tube wells (STWs). The pace has now slowed down to 0.1 million new wells per year, but almost all of them are deep tube wells, or DTWs (more than 70 metres).

Thirty years ago, there were only 0.1 million DTWs in India; today, there are more than 2.6 million. Since the 4th MI Census in 2006-07, 0.4 million dug wells have gone into disuse and the number of STWs has barely changed, but the number of DTWs has nearly doubled. Rather than digging new dug wells and STWs, farmers are deepening the existing ones to chase the receding water table. Even in areas where the water table is not very deep, they are switching from centrifugal to submersible pumps. The 5th MI Census recorded more submersible pumps than centrifugal pumps.

Almost all irrigation wells, old or new, are privately owned and most are financed by personal savings. Private ownership, however, does not mean that public policies have no impact on India’s groundwater economy. Subsidised or free electricity powers nearly three-fourth (72.6%) of all irrigation wells. The falling water table is just one of the reasons for the rapid increase in the number of DTWs.

DTWs, mounted with high-capacity submersible pumps, allow farmers to pump more water even when power supply is restricted to a few hours. Going deeper is farmers’ way to beat power supply rationing. Not all farmers can adopt this strategy, though. Many are being left out or are being squeezed by the fortunate few who have deep pockets to keep digging deeper.

DTWs and submersible pumps cost more money. If wells become more capital-intensive, then the water markets in India will become more uncompetitive than they already are. Irrigation from DTWs is also more energy-intensive. When water table declines, more subsidised energy is required to pump the same volume of water.

Between 4th and 5th MI Censuses, the number of wells increased by 3-4%, but the energy used for pumping increased by over 20%. If this trend continues, which is likely, groundwater irrigation will become more expensive for both taxpayers and water buyers—there are many more water buyers than well owners in India. The rising cost of irrigation will squeeze their profits from farming.

Improving water-use efficiency can help, but farmers are slow to adopt more efficient methods even in areas where water scarcity is acute. Slow adoption of micro-irrigation is a case in point. After 40 years and millions of dollars in subsidies, only 1.3 million of the 21 million irrigation wells in India were connected to drip or sprinkler systems in 2013-14, and only 4.5 mha of the 63.28 mha (7%) of groundwater irrigated area was under micro-irrigation. Government subsidy programmes have not just been ineffective, but counterproductive to the expansion of micro-irrigation.

Yet we refuse to learn lessons from our failures. A similar subsidy system is now in place to promote solar pumps, and the outcome may not be different. The 5th MI Census counted only 20,000 solar pumps in India. The goal of 30 million solar pumps, set by the KUSUM (Kisan Urja Suraksha evam Utthaan Mahabhiyan) scheme, may never be achieved if we continue to rely on distortionary subsidies.

Improving water control is essential to increase farmers’ income and reduce their vulnerability to climate change. The Pradhan Mantri Krishi Sinchayee Yojana, or PMKSY, has an ambitious goal of bringing irrigation to every farm. Leave aside universal access, India’s irrigated area may even shrink if we do not rationalise the power supply and pricing system, and revamp government schemes meant to increase water-use efficiency.