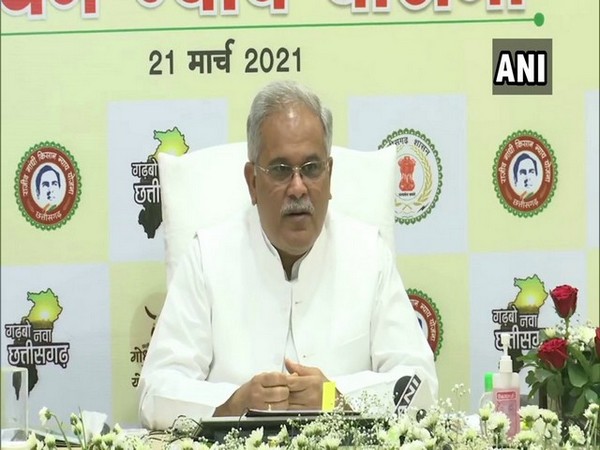 He also appealed to farmers to not leave their animals for grazing in the open. “The cattle owners should send them to the Gauthans, where arrangements for fodder and water have been made,” he said in an official statement.
The Chief Minister, in his message to the farmers and livestock owners, said that during the rainy season, the disease of Gal-Ghotu and Ektangia occurs in the animals. “To prevent this, get your animals vaccinated,” Baghel said.

He further said, “This time by the grace of God, monsoon has arrived in our state at the right time. The state has received enough rain so far. Farmer brothers are busy preparing for the crop in their fields. Plenty of water is also available in the state’s reservoirs and ponds.”

Increasing the production of the pulses and oilseed crops will help farmers procure more profit, he said.

“We are paying special attention to ensure that farmers can get seeds and fertilizers from cooperative societies according to their needs. Chemical fertilizers and certified seeds are being stocked continuously in all societies. We are giving more emphasis on pulses and oilseed crops this time in the state. Farmer brothers will get more profit by increasing the production of these crops.”

The Chief Minister further informed, “We have included it in the Rajiv Gandhi Kisan Nyay Yojana to encourage the cultivation of pulses-oilseeds, tur, soybean, maize, sugarcane, kodo-kutki, fragrant paddy. Farmer brothers cultivating other major Kharif crops, along with paddy, will also be given an input assistance of Rs 9,000 per acre. If the farmer brothers who have cultivated paddy in the last Kharif season, if they produce other crops or plant trees in the same area this year instead of paddy, then they will be given an input assistance of Rs 10,000 per acre. This input assistance will be given for the next three years to the farmers who plant trees.”

Baghel also said farmers are at the root of all the decisions taken by the government since the formation of his government.

“Be it the matter of loan waiver, narva-garwa-ghurva-bari or the decision to waive irrigation tax, all these decisions have been taken keeping the farmers in mind. I am sure that our farmer brothers will produce even better crop this year than the previous years,” he said. (ANI)
To receive ChiniMandi updates on WhatsApp, please click on the link below.
WhatsApp Group Link