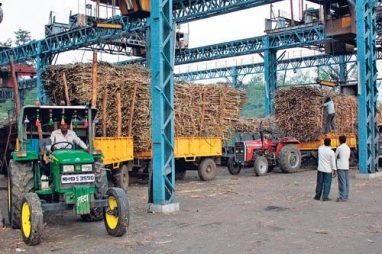 Raipur: Farmers in Chhattisgarh were demanding to increase sugarcane price, and now Chhattisgarh chief minister Bhupesh Baghel stated that the government will procure sugarcane from farmers at the rate of Rs 355 per quintal. He shared the information in the state assembly during the two-day discussion.

Earlier the Farmers Association had alleged that cane growers were promised that sugarcane would be purchased at Rs 355 per quintal. Still, farmers are getting Rs 261 per quintal. To press their demands, cane growers staged a demonstration many times.

Baghel said that due to the government’s initiative for the first time 2.5 lakh farmers of the state returned to farming.

ChiniMandi - Monday, 25 October 2021
Mumbai (Maharashtra) , October 25 (ANI): Equity benchmark indices opened in the red on Monday with Sensex down by 46.58 points and Nifty down...