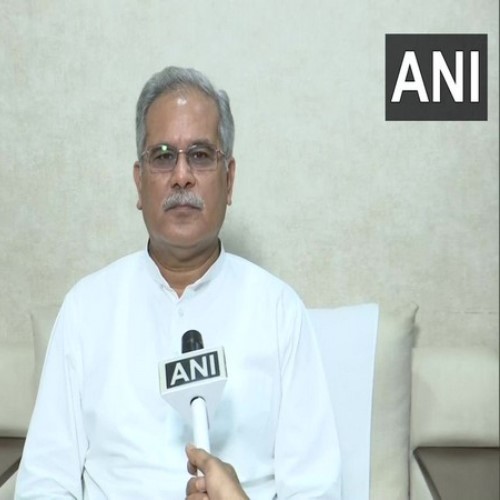 Raipur (Chhattisgarh), May 18 (ANI): The Chhattisgarh government will launch the Rajiv Gandhi Kisan Nyay Yojana on May 21 on the death anniversary of the former Prime Minister. “Under the state government’s Rajiv Gandhi’s Kisan Nyay Yojana, starting from May 21 on the death anniversary of former Prime Minister Rajiv Gandhi, the exchange of funds for paddy, maize and sugarcane (rabi) crops will be transferred to the farmers’ account on the basis of the area registered and acquired in Kharif year 2019,” an official release said. The scheme will directly help 20 lakh farmers and a provision of Rs 5,100 crore has been made in the budget.

During the 2019 Lok Sabha polls, then Congress chief and MP Rahul Gandhi had promised to implement the NYAY scheme, which aimed at ensuring minimum income support to the poor through direct bank transfer, if his party came to power. However, Congress lost the elections. Earlier, Chief Minister Bhupesh Baghel-led state government had waived loans amounting to Rs 8,800 crore for about 18 lakh farmers.

“Apart from this, steps like four times compensation on agricultural land acquisition, irrigation tax forgiveness have also been taken. Continuous steps are being taken to ensure economic justice to the workers as well,” read the release.

“During the lockdown period, the Chhattisgarh government has generated massive employment under the Mahatma Gandhi Employment Guarantee Scheme and directly benefited 23 lakh villagers,” it said.

44 per cent area of Chhattisgarh is covered by forests and 31 per cent of the population belongs to tribal communities.

“Forest produce is the major source of income for millions of families in the state. To increase the income of the tribals, the government has ensured the middle-market free market system and purchase of forest produce at the right price. Tendu leaf collection rate increased to Rs 4000 per standard bag. Apart from this, the number of forest produce purchased on support price has been increased from 7 to 25 now,” the release said.

Amid lockdown, forest produce was extensively collected in the forest areas of the state. Chhattisgarh accounted for 98 per cent of the total forest produce across India.
“In the current season, a target of collecting 16.71 lakh standard sacks of tendu leaves with which about 12.53 lakh collectors will be benefited. Rs 649 crore will be paid directly to them as remuneration,” read the release.