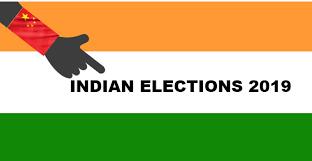 The Election Commission said today
that the national elections will be held in seven rounds from 11 April and the results would be announced on May 23, Voting will be held across the nation on April 11, April 19, April 23, April 29, May 6, May 12 and May 19.

Elections would be held in four states Andhra Pradesh, Sikkim, Arunachal Pradesh and Odisha along with the parliamentary polls.

The Lok Sabha election results will be announced on 23 May, with the polling happening in seven phases, Chief Election Commissioner Sunil Arora announced on Sunday, 10 March.

The states of Bihar, UP and West Bengal will go to polls in seven phases. Meanwhile, Jammu and Kashmir will have five phases of polling.

With the election dates being announced, the Model Code of Conduct has come into force.

4 States to Have Simultaneous Polls; No Announcement for J&K Assembly Elections
The states of Andhra Pradesh, Arunachal Pradesh, Odisha and Sikkim will have Assembly elections simultaneously with the Lok Sabha polls.

However, Jammu and Kashmir Assembly elections will not be held alongside the Lok Sabha polls, with the Election Commission citing security reasons for the decision.

Jharkhand, Madhya Pradesh, Maharashtra will have voting in four phases, while Assam and Chhattisgarh will have three phases.

Karnataka, Manipur, Rajasthan and Tripura will have two phases of voting. All the remaining states will vote in a single phase.