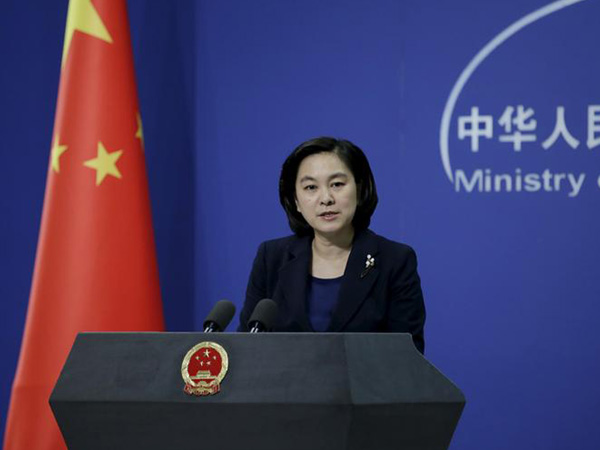 Beijing [China], June 10 (ANI): Beijing on Wednesday said that a “positive consensus” has been reached by the senior military officials of China and India over easing of the situation along the border, state media reported.

“China and India have been effectively communicating via diplomatic and military channels over issues concerning the western sector of the China-India border, during which a positive consensus has been reached,” Chinese foreign ministry spokesperson Hua Chunying was quoted by Global Times as saying.

Ahead of the next round of military talks scheduled to start this week, troops of India and China have disengaged on the ground at multiple locations in eastern Ladakh.

The talks between the two armies are going to be held this week at multiple locations including Patroling Point 14 (Galwan area), Patrolling Point 15 and Hot Springs area, top government sources told ANI.

Because of the talks to be held in the next few days and the Lt Gen-level talks held on June 6, the Chinese Army has pulled back its troops from the Galwan valley, PP-15 and Hot Springs in Eastern Ladakh area by 2 to 2.5 kilometres, they said.

The sources said to reciprocate the Chinese disengagement, the Indian side also brought back some of its troops and vehicles from these areas.

Sources said the talks are being held on these points at the battalion commander level and they have had hotline talks with their counterparts.

The initial talks are being held in these areas, the Chinese activities had also started in Eastern Ladakh from this location only, they said.

Indian military teams are already in Chushul to engage the Chinese in talks and are coordinating with the senior officials in this regard. (ANI)

Vivek Waghmode - Saturday, 23 October 2021
He assured revival of the property damaged of the sugarcane farmers whose property was damaged due to the riots in KwaZulu-Natal and Gauteng.