London/Beijing: Sugar traders from China have reduced importing sugar as their profits are lowered due to excess sugar stocks in the country’s warehouses.

The surplus sugar has been stored in bonded warehouses and will be out for sale in the domestic market to fill the demand supply gap. This has resulted in lower imports of sugar from China for this quarter.

Robin Shaw, Marex Spectron analyst said, “There is negligible profit from importing sugar into China these months. During April and May last year the traders were earning over $200 a tonne that fueled importing more sugar. The warehouses are piled with around 1.5 to 2 million tonnes of sugar.”

China has overtaken Indonesia as the world’s largest sugar importer. In the first 11 months it had imported 4.4 million tonnes of raw sugar as against 2.7 million in the earlier year. The experts are predicting that one million tonne sugar arrived in December last year.

A sugar trader based in Hong Kong said, China would import sugar in April and the imports are likely to reduce by 1 million tonnes than last year. 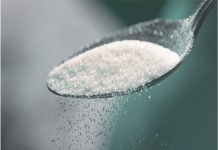