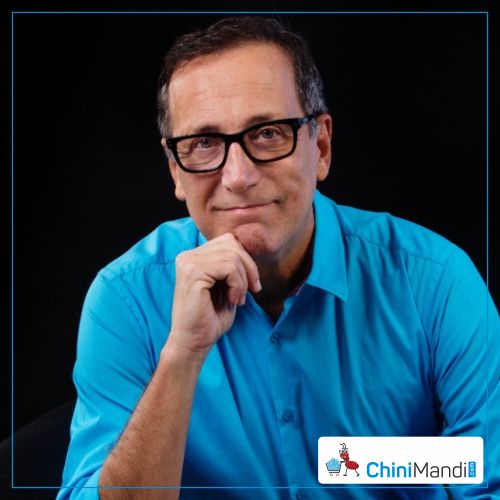 The outbreak of the coronavirus pandemic has made every industry’s positive momentum tumble. The sugar industry across the world is counting costs no differently and wondering what recovery would look like. In an exclusive interview with ChiniMandi News, Mr. Arnaldo Luiz Correa – Director at Archer Consulting, a Risk Manager with an experience of almost 30 years in the agriculture commodities market shared his views on the global scenario of the sugar industry.

Being asked about the consumption drop and expected recovery amid coronavirus pandemic, Arnold commented, “This is a very interesting question! I understand that we will need to wait a couple of months to get a more realistic idea of the size of the global consumer hole. The GDP figures published by the IMF appear to be more in line than those published by the countries themselves. See the case of Brazil where the IMF points a 9.1% drop and the Brazilian government puts it at 5.5%. The same is true in the USA and Europe. The numbers are very dispersed. I think it’s prudent to wait a little longer so that we don’t run the risk of making a grotesque prediction error.”

Speaking on the impact on investments in the sugar sector and how he sees crude oil prices leading, “I believe that the expansion of the sector in Brazil will be slow, but it is necessary. Today we produce almost the same amount of ATR as 11-12 harvests ago. There is a slow consolidation in Brazil. Today, the sugar mills are more focused on risk management, using protection tools (hedge, options and other derivatives) to fix their profitability. We are seeing the mills fixing prices in the local currency extending to the 22/23 harvest. This is unprecedented and demonstrates a clear maturity in the treatment of risk management. The price of ethanol is a function of the equation oil x reais (Brazilian currency) and the production mix in Brazil will depend on the arbitrage between ethanol and sugar in the international market.

It is not a simple function as in the past. That is why management needs to be extremely professional. However, I am very optimistic about the sector. I think there will be a natural selection over the years and the most efficient and focused on risk management are the ones that will survive. Brazil needs ethanol! When the economy resumes and we start growing again, we will clearly feel a deficit in the production of cane that will be insufficient to meet the internal consumption of fuel and sugar for both the domestic and foreign markets. In five years it is possible that we will have a huge sugarcane deficit in Brazil if an expansion, even if slow, does not start immediately.

Further adding on his opinion on the role of the EU and Central America this year, he said, “Brazil will remain the name of the game. The production cost is unbeatable and the mills are becoming more efficient, more cost-oriented towards their ongoing industrial efficiency. Many sugar producing countries do not survive if it is not the direct or indirect government subsidy and when this occurs, in any market, it is natural that there are distortions in the price formation of the product that artificially encourage the increase in production. Each country has its own reasons and I am not going to say here whether it is right or wrong. In two years, Brazil removed a total of 10 million tons from the international market, which were suppressed by Thailand and India.

This year, I believe that we will slowly begin to reoccupy this space that once was ours. And this is due to logistical efficiency and low production cost. Europe is expected to decrease its production this year due to problems with beet and Central America will remain within its market share.”

Asking Arnold on the expectations for white premium and what the price band of raw and white sugar may be, he commented, “Today the equation has more variables and does not have a simple answer. Of course, as I said before, we will have to see in what circumstances and how quickly the global economy will recover. The matrix that determines whether the white premium goes up or down is quite complicated. For example, if we have a combination of a strong dollar and rising oil prices, this will mean in Brazil that ethanol will have better profitability compared to sugar, which may reduce the supply of raw sugar, narrowing the white premium. The opposite will make the White premium widening. There are many combinations. The macro scenario brings enormous alternatives, which is why risk management today is highly valued because it allows the company to anticipate and position itself in relation to several possible scenarios.”

“I wish it were possible to make that kind of bet. But, from a fundamentalist point of view, I do not believe that the sugar market can trade below 11 cents per pound because below that value, if the market remained there for a long time, several producers would be left out. On the other hand, given the possibility for India to export almost 6 million tonnes, I believe 14 cents is the top of the market. But, it is important not to forget, we must always be aware of the black swans that always fly over the markets. For white, I would put $320 as a minimum and $400 as a maximum.” He added.

Stating on his viewpoint on how he sees the world sugar sector going with emphasis on Thai & Brazil production he said, “Brazil is practically at the capacity of its sugar production. In order to increase it, investments will have to be made and, at this moment, due to the world pandemic and recession scenario, we do not believe in significant expansion. For those producing countries that subsidize production, as is the case in Thailand, the global crisis reduces economic activity and government revenues. This could be a problem for Thailand whose GDP, according to The Economist, is expected to shrink 5.3% this year. Subsidizing sugar production under a cash shortfall scenario can be an arduous task for governments.”