Home All News CM Asks Owners To Pay Dues To Cane Growers At An Agreed... 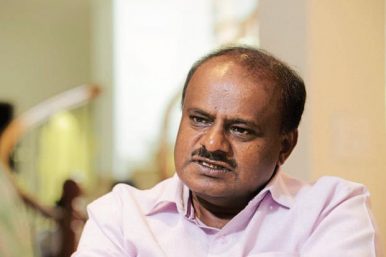 Bengaluru, Nov 22 (PTI) Karnataka Chief Minister H D KumaraswamyThursday asked owners of sugar factories to pay the dues to sugarcane growers at the price that was agreed upon at the time of supply.

This was as part of his ongoing efforts to find a solution to the ongoing protest by farmers over the issue. However, owners who participated in the meeting, convened by the chief minister, sought time to “amicably” resolve the settlement of dues with farmers. Official sources said the meeting was “inconclusive.”

According to a statement released by the Chief Minister’s office, Kumaraswamy said, sugar factory owners had committed to pay the certain price above fair and remunerative price (FRP) fixed by the Centre and hence they were “bound to pay” the agreed price.

“It will be difficult for the farmers to sustain if the proper price is not given to the crop they grow. As the government is committed to protecting the interests of the farmers, the chief minister directed them to pay the price they had agreed for,” the statement said, quoting Kumaraswamy.

Sugarcane farmers have been protesting in Belagavi and other northern districts for the last few days demanding clearance of their pending arrears by sugar factories for the cane supplied and the announcement of the purchase price for sugarcane for the current season.

They had intensified their protest on Sunday by ‘gate-crashing’ their loaded trucks into “Suvarna Vidhana Soudha”, the legislature complex in Belagavi, protesting Kumaraswamy’s canceling his scheduled visit to meet ryots.

Owners said the problems have occurred due to fall in sugar prices in 2017-18 and other issues, according to the statement.

“Hence these owners said they would discuss the issues with farmers and settle the matter amicably among themselves,” it added.

Following this, the chief minister said it was the government’s duty to protect the interests of farmers and hence sugar factory owners must resolve the issue by discussing with the farmers without creating any confusion.

He also told the owners that they must enter into a mutual agreement with each farmer according to the guidelines issued by the government.

Later they must abide by the revenue sharing formula decided by the Cane control board and to follow all the directions of the government to bring in transparency in weighing and fixing recovery rate to the farmers, he said.