Mumbai, Jan. 06: The Chief Minister Shri Uddhav Thackeray will interact with prominent industrialists to discuss the vision to make Maharashtra industrially and economically a vibrant State. The interaction in association with the Confederation of Indian Industry (CII) will take place at Sahyadri guest house Mumbai on Tuesday, 7th January, 2020.

After taking over as the Chief Minister of Maharashtra, Shri Uddhav Thackeray, will have his first ever interaction with eminent industry captains. The Chief Minister will also discuss the role of State Government and measures to be taken to give impetus to the industrial growth of the State.

Maharashtra, occupies a leading position in the country’s economy. The State through its well-developed economy is among the largest contributors to the GDP of the country with a strong presence of industries in almost all sectors. The vision for Maharashtra is to become a trillion – dollar economy by 2025 contributing about one-fifth to Indian economy. 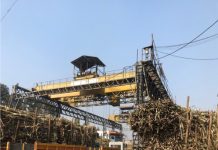