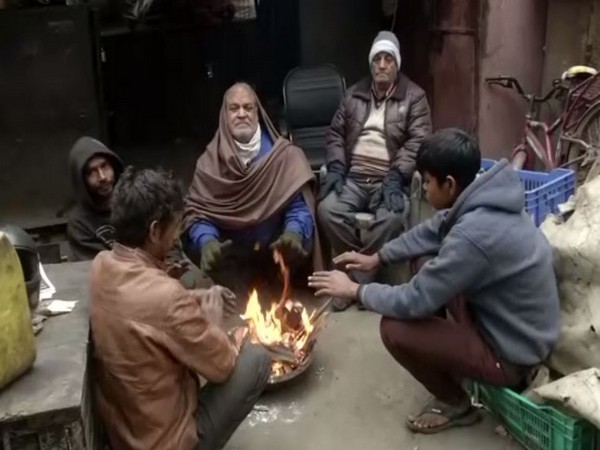 New Delhi: Cold conditions intensified across North India throwing normal life out of gear. Halwara in Punjab recorded a low of 0.3 degrees Celsius in the plains on Friday.

With heavy snowfall in neighbouring states like Himachal Pradesh and Uttarakhand, Delhi on Friday continued to reel under bone-chilling conditions, with the minimum temperature recorded at 7.4 degrees Celsius. According to the India Meteorological Department (IMD), the maximum temperature was recorded at 17 degrees Celsius with dense fog. Besides Delhi, cold wave conditions persisted in a few pockets with severe cold wave conditions very likely in isolated pockets over Punjab and Haryana, Chandigarh.

Shimla, the capital town of the hill state, is also in the grip of cold weather conditions following recent snowfall in the region. The supply of essentials items has been disrupted, as the roads are covered in snow, causing much inconvenience to the residents.

Milap Singh, a newspaper vendor, told ANI: “The newspaper vendors here are waiting for the authorities to clear the snow. The vehicles carrying essential items can reach people only if the roads are clear.”

“Most regions in Himachal Pradesh are witnessing sub-zero temperatures. Keylong in Lahaul-Spiti district recorded the lowest temperature in the state at minus 17.6 degrees Celsius,” said Dilar Singh, a local resident.

Meanwhile, icicles formed in the Baldeyan area of Shimla due to the continuing cold weather conditions. India Meteorological Department (IMD) has predicted that the city will receive light snow on Friday with temperature ranging between minus 1 degree Celsius and 10 degrees Celsius.

According to Skymet, north winds are cold due to successive Western Disturbances which have approached the Western Himalayas leading to variation in the wind direction.

Another Western Disturbance will approach the Western Himalayas by January 11 and from January 12, the wind direction will once again change from northerly to southeasterly leading to an increase in minimum temperature once again, it said.

Amid heavy snowfall and rain in North India, many parts of Saurashtra and North Gujarat are experiencing the cold wave conditions again.

The IMD in its bulletin said that cold day conditions in isolated pockets is very likely over Bihar and Sub-Himalayan West Bengal and Sikkim.