Home English Business News Confident enough that all will revise their GDP growth projection to 10-10.5... 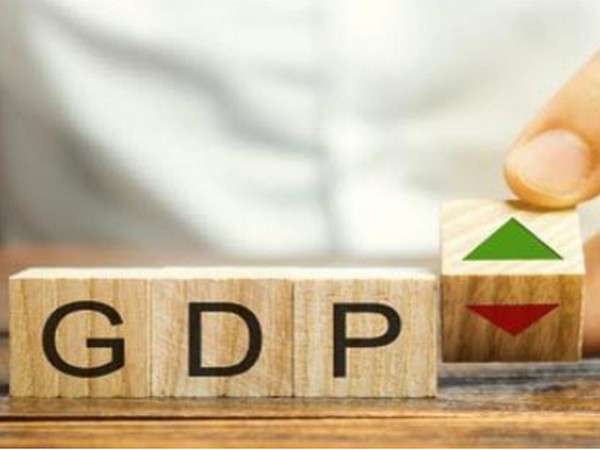 Rajiv Kumar is hopeful that pandemic will not have much impact on fiscal deficit and disinvestment targets.

“Covid-19 has forced the government to invest more, spend more on public infrastructure, but it will not have much impact as we have seen our GST collection has increased. In the budget also our revenue target were kept very conservative. So I think we will not have to worry much about our fiscal deficit target. If we see the data of the International Monetary Fund (IMF) which stated that fiscal deficit target globally is on an average of around 9.8 per cent. Our fiscal deficit is not more than others. I am confident that we will achieve our disinvestment target,” Kumar further said.

Speaking about the possibility of a third wave after a disastrous second wave created havoc in the country, Kumar said, “Hope for the best, prepare for the worst.”

“We are fully prepared for the third wave. Our health infrastructure is much better than earlier. If by any chance a third wave strikes, it will not impact as much as I have seen. People are not careless now. They are taking full precautions and are getting vaccinated also. Thus, I believe that a third wave will not make much impact.”

Kumar said he is quite hopeful that the government will vaccinate everyone above the age of 18 years. “We have already vaccinated more than 22 crore population. Our member Dr VK Paul has assured that by July up till December, our country will get 210 crore doses of vaccine,” he said.

The NITI Aayog member further said the second wave has frightened people. “They are still in fear. As soon as people are vaccinated this fear will go away and people will start coming out for spending. I believe that we will see that agriculture, manufacturing and exports will do better once things are returned to normal,” Kumar said.

On the issue of the constantly rising prices of fuel and states appealing to the government to do something to provide relief to the common man, Kumar said, “Such things are always said that the central government should do something about petrol-diesel price rise, but we need to balance also. The government has the responsibility to control inflation, I hope that those who have this responsibility will balance.” (ANI)

Admin - Tuesday, 15 June 2021
A webinar on the topic “Standardization of Ethanol Plant Capacities and Models of Sugar Diversion” was jointly organized by National Sugar Institute, Kanpur and South Indian Sugarcane and Sugar Technologists Association today which was attended by large no. of delegates from various sugar producing states.

ChiniMandi - Tuesday, 15 June 2021
Amid the buzz of an imminent reshuffle in the Union Cabinet, the Cabinet Committee on Economic Affairs (CCEA) and Union Cabinet meetings are scheduled to be held on Wednesday.

Vivek Waghmode - Tuesday, 15 June 2021
After suffering rejection from all the neighbouring countries due to trade wars, Uganda has managed to recover sugar export to levels it was two years ago.

Retail inflation in May up at 6.3 per cent due to higher food, fuel...

ChiniMandi - Tuesday, 15 June 2021
Retail inflation measured by the consumer price index (CPI) rose to 6.3 per cent in May due to escalating food and fuel prices, government data showed on Monday.

Ethanol blending target: Work in progress to expedite setting up of...