Currently, north eastern states are eligible for transport subsidy of up to 90 per cent of the total cost.

The issue of providing transport subsidy, along with various other matters, was discussed at a meeting of the Council for Trade Development and Promotion (CTDP) here, he added.

Representatives from several states, including Karnataka, Punjab, and Tamil Nadu, participated in the meeting.

“It is under active consideration to provide some transport subsidy to states so that agri exports can happen in a significant way. We are awaiting some formalities,” Prabhu told reporters here.

Under such schemes, subsidy on the cost for transportation of raw material and finished goods is provided for a certain period.

The government recently approved an agri export policy with an aim to double agricultural export to USD 60 billion by 2022.

He also said that states raised issues pertaining to improvement in export infrastructure.

“We have decided to work together with states to develop that infrastructure. We can not have agri exports without that,” he said.

On credit issues being faced by exporters, he said the financial services secretary would hold meetings with banks and export promotion councils on the matter.

Lending to exporters should be treated as priority sector credit as funding to them has declined significantly in the recent past, Prabhu added.

Citing reports, he said credit to exporters has almost halved.

Meanwhile, speaking at the CTDP meeting, Prabhu called upon states and UTs to explore all possible ways of tapping into the global value and supply chain by promoting export of services and organic agricultural produce.

“This will not only add to the GDP of the country but will also create greater employment,” he said.

The minister said that all states/UTs must formulate an export strategy which is state and product specific and improve logistics and infrastructure in their region.

Representatives of states/UTs flagged various issues affecting exports from their regions like logistics and creation of warehouses/cold chain.

CTDP was constituted in July 2015 to ensure continuous dialogue with states/UTs on measures for providing international trade enabling environment.

During April-October 2018-19, agri exports stood at USD 48 billion as against USD 43.11 billion in the same period of the previous fiscal. 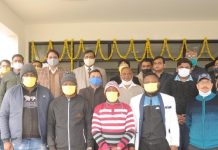 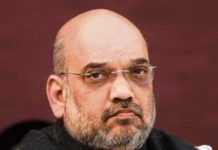