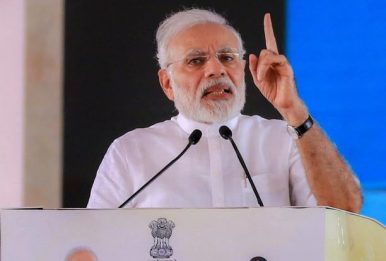 New Delhi [India], April 22 (ANI): Prime Minister Narendra Modi will hold a video conference with the chief ministers of all the states on April 27 over the COVID-19 crisis.
The Prime Minister has held two such interactions earlier with the chief ministers over the coronavirus situation and lockdown imposed to prevent its spread. Before the lockdown was announced on March 24, the prime minister had interacted with the chief ministers on March 20 to discuss the means to check the spread of the deadly virus.
In his last such interaction with the CMs, Modi had thanked the states for supporting the decision of the 21-day nationwide lockdown and praised how all the states have worked together as a team to check the spread of the virus.

The lockdown which was initially meant for 21-days was later extended till May 3 by the government. Meanwhile, the total number of positive coronavirus cases across the country rose to 19,984, including 15,474 active cases. So far, 3,869 patients have been cured and discharged while 640 deaths have been recorded, as per the data provided by the Union Ministry of Health and Family Welfare.