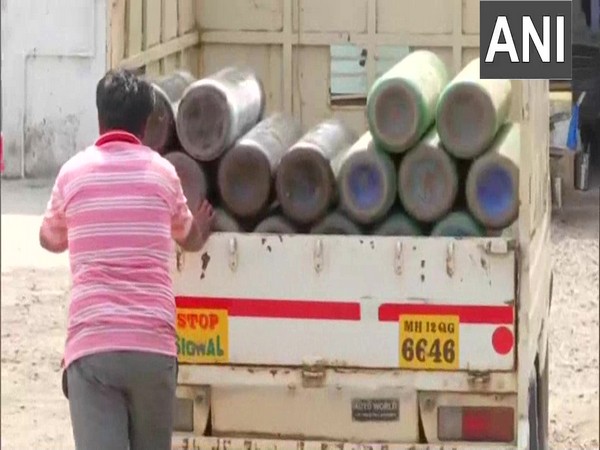 New Delhi [India], April 19 (ANI): Union Home Secretary Ajay Bhalla has written to the Chief Secretaries of all states asking them to take measures to prohibit the supply of oxygen for industrial purposes, except the specified exempted industries.

The letter, written on Sunday, has come at a time when India is in grip of the second wave of COVID-19 and hospitals across the country are running thin on the oxygen supply required to treat patients.
“Keeping in view the rapid surge in cases especially in high-burden states, the empowered group has recommended prohibiting the supply of oxygen for industrial purposes with the exception of nine specified industries from April 22 and the union government has accepted the decision,” Bhalla said in his letter.

“I urge you to issue necessary instructions to all the authorities and ensure compliance with the decision. It will help in augmenting the supply of medical oxygen and save precious lives,” Bhalla said.

Union Minister Piyush Goyal on Sunday told ANI that the government has taken key decisions for increasing the supply of medical oxygen in view of increasing cases of COVID-19 which include limiting industrial oxygen to nine industries.

Goyal added the central government did mapping in a meeting with governments of 12 states and union territories most affected by COVID-19 and 6,177 metric tonnes of oxygen will be given to these states.

The minister said the government is working with states shoulder to shoulder and urged them to take steps against the wastage of medical oxygen.

On Sunday, Indian Farmers Fertiliser Cooperative Limited (IFFCO) also announced that it was going to set up an oxygen plant with 200 cubic meters per hour capacity in its Gujarat’s Kalol unit and will provide free oxygen to hospitals suffering from a shortage of oxygen amid the unprecedented surge of COVID-19 infections. (ANI)