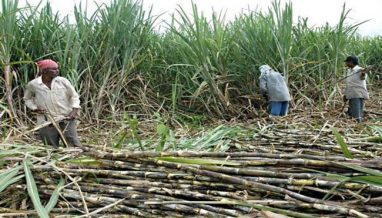 New Delhi, Jan 6 (PTI) Sugarcane growers in the country are committing suicide due to”financial desperation”, NCP supremo and former agriculture minister Sharad Pawar has pointed out in a letter to Prime Minister Narendra Modi, saying immediate steps must be taken to prevent any “mass-scale revolt” by farmers.

Highlighting in his letter a tremendous “unrest and depression” among small and marginal cane growers, the senior leader also suggested a slew of measures to provide relief to such farmers.

This letter comes in the backdrop of the Narendra Modi-led government at the Centre facing heat from various opposition parties over growing farm distress across the country. The agrarian crisis issue assumes even more significance after the BJP’s recent defeat in assembly polls in three Hindi heartland states, and it is believed that the saffron party will make all efforts to claw back the support of millions of farmers ahead of the general elections.

“I am constrained to once again write to you on the plight of millions of sugarcane farmers across the country,” Pawar said in the letter seen by PTI.

In view of record sugar output and rock bottom prices, he said: “Sugar mills are unable to release cane amount in time and in full. This has put tremendous amount of unrest and depression with the cane growing small and marginal farmers throughout the country. This financial desperation is leading them to commit suicide.”

“Therefore, this imbroglio needs to be resolved on very urgent basis to avoid mass-scale revolt of sugarcane farmers,” Pawar said.

Seeking immediate intervention, Pawar has suggested that there is a “dire need” to hike the minimum selling price (MSP) of sugar to Rs 34 per kg from the current Rs 29 per kg so that production cost could be covered.

“Improved cash liquidity would enable releasing cane payments to farmers which would reduce their stress,” he added.

On mandatory sugar exports fixed by the Centre, the NCP chief pointed out mills are not able to make shipments despite subsidy provided by the government.

Out of 7 million tonne of export quota approved for last and the current 2018-19 marketing year (October-September), only 1.5 million tonne has been contracted. Out of that, only half of it has been shipped physically.

Pawar attributed “abysmal performance” on the export front to “total inaction by the Department of Financial Services under the Finance Ministry in timely intervention to instruct banks to release pledged sugar stocks for exports”.

On production-linked subsidy of Rs 13.88 per quintal of sugar, the NCP leader said that mills are not getting this amount on time due to procedural delay in submission of post-export documents.

To help mills clear cane arrears that had touched around Rs 25,000 crore in mid-2018, the Centre had announced the production-linked subsidy of Rs 5.5 per quintal for 2017-18 and later enhanced it to Rs 13.88 per quintal for the current year.

These apart, Pawar also suggested that “claims of export undertaken in the past and claims of buffer stock need to be cleared on priority. This will improve the cash liquidity and help clearing cane arrears.”

The NCP chief, also a Rajya Sabha member, hoped that these issues will be dealt with due “urgency” without waiting for the situation “going out of control”.

Sugarcane mills and cane growers are facing liquidity crunch due to record production of 32.5 million tonne in 2017-18 as against annual domestic demand of 26 million tonne.

In the current year also, the output is estimated to decline to at 30-31 million tonne but it will still be higher than demand. Mills are also holding huge carrying over stock as well.