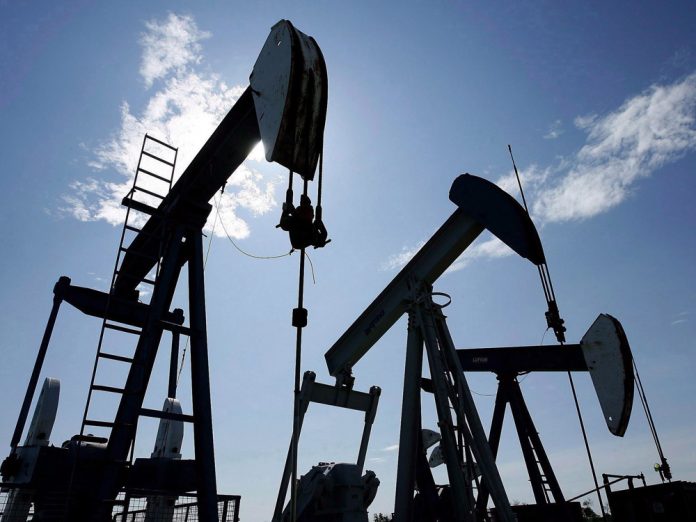 Crude oil futures fell by Rs 24 to Rs 4,457 per barrel today as speculators cut down bets amid weak cues from the Asian markets.
At the Multi Commodity Exchange, crude oil for delivery in current month contracts was trading lower by Rs 24, or 0.54 per cent, at Rs 4,457 per barrel in 1,315 lots.
On similar lines, crude for delivery in July fell by Rs 22, or 0.49 per cent, to Rs 4,466 per barrel, in a business volume of 995 lots.
Analysts said trading sentiment remained weak after oil prices fell in Asia on expectations that producer cartel OPEC and key ally Russia would gradually increase output after withholding supplies since 2017.
Besides, the escalating trade dispute between the US and China, in which both sides have threatened stiff tariffs on each others’ key export goods, also kept markets on edge, they said.
Globally, West Texas Intermediate (WTI) crude oil was down 54 cents, or 0.82 per cent, to USD 65.31 a barrel, while Brent too shed 59 cents, or 0.78 per cent, to USD 74.75 a barrel on the New York Mercantile Exchange.