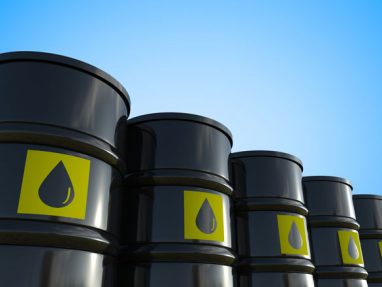 New Delhi, Dec 6 (PTI) Crude oil softened by 1.79 per cent to Rs 3,734 per barrel in futures trade Thursday as speculators trimmed positions amid weak global cues. Besides, profit-booking at current levels weighed on crude oil prices. At the Multi Commodity Exchange, crude oil for delivery in December declined by Rs 68, or 1.79 per cent, to Rs 3,734 per barrel in a business turnover of 20,376 lots. On similar lines, crude for delivery in February shed Rs 8, or 0.21 per cent, to Rs 3,857 per barrel in 80 lots.
Analysts said trading sentiment weakened after participants took profits when oil prices fell in overseas market. Oil prices have crashed more than 30 per cent over the last two months, piling up the pressure on budgets in oil-exporting countries. OPEC and its allies are expected to agree on the terms of price-boosting output cuts on Thursday, despite pressure from US President Donald Trump to reduce the cost of crude. Globally, the US benchmark West Texas Intermediate (WTI) stood at USD 52.63, more than 0.4 per cent lower, and International benchmark Brent crude was trading at USD 61.28 a barrel.