Home All News Crude Oil Imports May Be Cut As Price Forecast Put At $100... 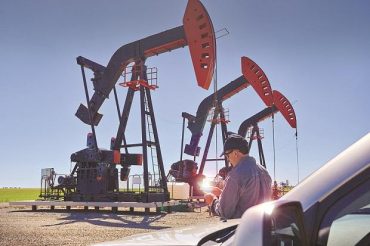 With oil traders forecasting crude oil to rise to $100 a barrel by the end of the year, Indian refiners are considering cutting back their imports and relying more on cheaper crude already stored in inventories, according to industry executives.

Benchmark Brent crude oil futures surged 2 per cent on Monday to over $80 a barrel as markets have tightened ahead of the start of sanctions by the United States on Iran, with commodity merchants Trafigura and Mercuria predicting $100 oil by the end of 2018.

The soaring oil prices are occurring at a time emerging market currencies, such as India’s rupee, are under pressure. That combination means Indian crude imports are 47 per cent more expensive this year in rupee terms.

To cope with the higher costs, India, the world’s third-biggest oil importer, is considering cutting its imports and relying on stockpiled crude, said two refinery sources with knowledge of the matter who asked to remain unidentified.

The Chairman of India’s biggest oil refiner Indian Oil Corp, Sanjiv Singh, confirmed the plan to cut imports in favour of stockpiled crude was discussed at a Sept. 15 meeting attended by refinery officials.

“Apart from other options we are also considering reducing inventory to cut import costs,” said Singh, adding that the refiners would also look at reviewing their crude slate and widening their crude sources.

Brent has climbed 30 per cent to $80.47 a barrel on Monday from its low for the year on February 13. However, in rupee terms, Brent has gained 47 per cent since then as the Indian currency has plunged to a record low against the dollar.

Indian refiners must pay for their crude in dollars and the soaring import costs are becoming a headache for Prime Minister Narendra Modi’s government ahead of general elections next year.

India’ petrol prices are among the highest in the world in terms of how much it costs as a portion of gross domestic product per person.

R Ramachandran, the head of refiners at Bharat Petroleum Corp, also confirmed that the meeting, which included all of India’s refinery companies, took place and that refiners may cut their imports.

Other Indian refiners including Hindustan Petroleum Corp, Reliance Industries and Nayara Energy did not respond to emailed requests for comment sent on Sunday. Mangalore Refinery and Petrochemicals Ltd declined to comment.

Shares in Indian refiners were trading lower amid a wider sell off in the markets.

India imports more than 80 percent of its oil needs. The country imported 4.4 million barrels per day (bpd) oil in August, costing about $12 billion, according to government data. India’s crude inventory levels are not made public.

Using up crude inventories could save Indian refiners short-term import costs but poses the risk that if prices do not ease later on the companies will have to import more later at higher prices.

Despite this, the Indian government supports the plan, the two unidentified sources said. India’s Ministry of Petroleum and Natural Gas did not respond to an email from Reuters seeking comments on the plans to curtail imports.

Former BPCL Chairman RK Singh said India’s state refiners had resorted to this strategy in the past.

In 2013, BPCL halved its crude inventories to an average of 15 days of supply for its operations, when the rupee declined to below 68 to the dollar and oil prices were over $100 per barrel, he said.