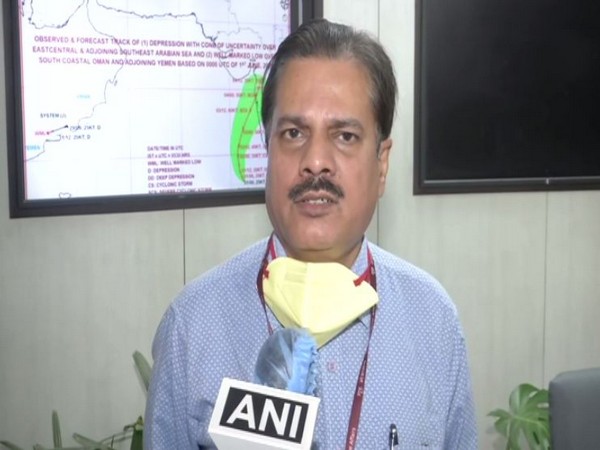 New Delhi [India], June 3 (ANI): As cyclone Nisarga intensified this morning, it is likely to make landfall on the northern coast of Maharashtra in the afternoon between 1 pm to 4 pm, said Mrutyunjay Mohapatra, the India Meteorological Department (IMD) Director-General.

“Travelling with strong wind speed at 100-120 kmph, it is expected to make landfall during the afternoon, that means between 1 pm to 4 pm especially districts of Raigad, Thane and Mumbai,” said Mohapatra.

The IMD chief cautioned people to remain safe as the cyclone is likely to make structural damage such as uprooting trees, damage to thatched houses and so on. He also advised against road and rail traffic.

The intensity of the cyclone is likely to weaken by midnight, and subsiding completely by Thursday morning, added the IMD Director-General. (ANI)