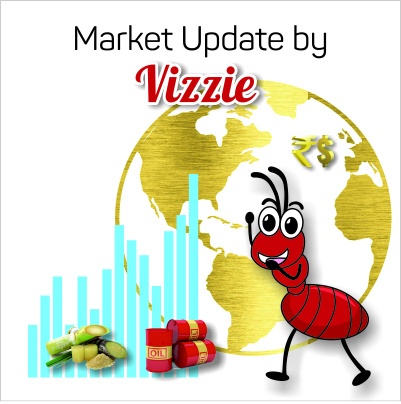 Domestic: As the end of the month is around the corner with a few holidays lined up too, the domestic market witnessed mixed sentiments. With a look at Maharashtra, ready goods were discounted from ₹2880-₹2900 by a few traders whereas the rates millers quoted today were as follows, Kolhapur belt ₹2900 to ₹2920, Pune-Ahmednagar belt ₹2900 to ₹2910. Major mills have opened their tenders at 2900. In Uttar Pradesh, M/30 was traded at ₹3120 to 3180. In Gujarat, S/30 was traded at ₹3040. (Rates are excluding GST). Meanwhile, In Kolkata, S/30 was traded at ₹3440 to ₹3450 Including all taxes.

• Looking at indices, Equity benchmark Sensex Wednesday tumbled over 336 points to end at 36108 on the emergence of intense selling towards the fag-end mainly in FMCG, financial and IT stocks, while renewed concerns over US-China trade tiff further jolted investors’ sentiment. Similarly, the NSE Nifty slumped over 91 points to close at 10831.
Powered by ChiniMandi.com