International Market:
According to reports on Friday sugar prices settled mixed after they initially moved higher on news of smaller sugar output from Thailand, the world’s second-largest sugar exporter. Data on Friday from the Thai Sugar Millers Corp showed that Thailand’s cane output in the first month of the 2020/21 crushing season through January 6 was 11.96 MT, down -45.6% from the same time last year. However, weakness in the Brazilian real against the dollar on Friday weighed on sugar prices after the real fell to a 1-1/2 month low against the dollar, which prompted sugar prices to fall back and give up most of their gains. A weaker real encourages export selling by Brazil’s sugar producers. 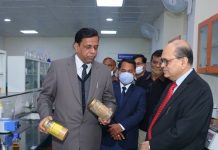