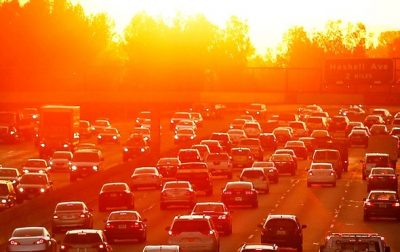 India could face an annual threat of deadly heat waves— like the one in 2015 that killed at least 2,500 people— if the world gets warmer by 2°C over pre-industrial levels, says the much-anticipated world’s biggest review report on climate change. The report was released by the Intergovernmental Panel on Climate Change (IPCC) on Monday.

TOI had a sneak preview of the report to be released internationally on Monday morning. The implications of the report will be discussed at the Katowice climate change conference in Poland this December, where governments will review the Paris Agreement to tackle climate change. Being one of the largest carbon-emitting nations, India is expected to be a key player in the global event.

Ringing the alarm bells on runaway rise in temperatures, the Special Report on Global Warming of 1.5°C warns that average global temperatures could breach the 1.5°C level as early as 2030. “Global warming is likely to reach 1.5°C (above pre-industrial levels) between 2030 and 2052 if it continues to increase at the same rate,” the report said.

In the Indian subcontinent, the IPCC report specifically mentions Kolkata and Karachi among cities that could face an increased threat of heat waves. “Karachi and Kolkata can expect annual conditions equivalent to their deadly 2015 heat waves. Climate change is significantly contributing to increased heat-related mortality,” it stated.

“It is now the scientific consensus that global warming affects human health, causing loss of millions of lives,” co-author of the report Arthur Wyns from Climate Tracker told TOI. The report states that for global warming to be contained at 1.5°C, the net human-caused CO2 emissions would need to fall by 45% from 2010 levels by 2030, reaching net zero by around 2050.

The ‘1.5 Health Report’, which is a synthesis of the health content of IPCC report compiled by experts from the University of Washington, World Health Organisation and Climate tracker, highlighted that India and Pakistan could be worst affected in the event of a 2°C increase. Climate change is also projected to be a “poverty multiplier” through food insecurity, higher food prices, income losses, lost livelihood opportunities, adverse health impacts and population displacements.

According to the IPCC report, poverty is expected to increase with rising in global warming. “Limiting global warming to 1.5°C as against 2°C can reduce the number of people exposed to climate-related risks and poverty by up to several hundred million by 2050,” the report said. The same limit can result in reduced losses in yields of maize, rice, wheat and other cereal crops, particularly in Asia. The report also suggests mitigation measures to reduce anthropogenic net emissions of carbon dioxide.

As reported by TOI earlier, India emitted nearly 929 million tonnes of CO2 in the last fiscal from the thermal power sector alone, which accounts for 79% of the country’s power generation.

This article was originally published on www.timesofindia.com