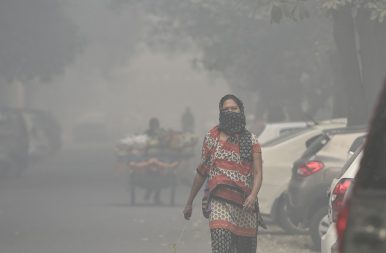 ChiniMandi, New Delhi: On Tuesday, Delhi’s air quality was recorded to 286 at PM 10 level and 373 at PM 2.5 level in ‘Poor’ & ‘Very Poor’ categories. On Monday the quality was recorded as ‘Severe’
According to a source, even though constructions are restricted to be conducted during a daytime, a pollution level has increased. EPCA said that if air quality gets worse, then it would impose a complete ban on the use of non-CNG private and commercial vehicles.